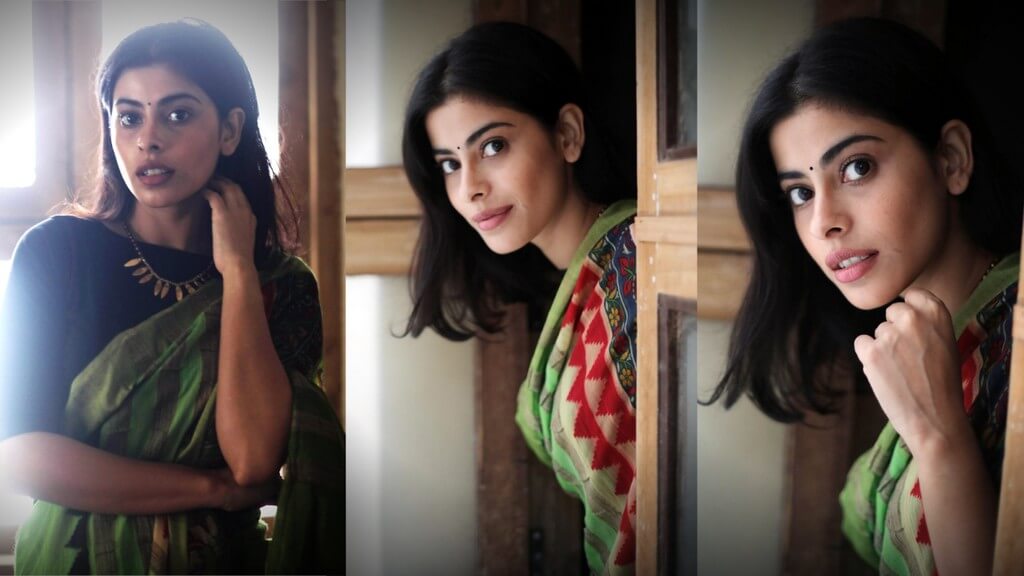 If you are one of those who has been following Zee5 Originals’ hit series REJCTX directed by Goldie Behl, you’d know that lead actress Anisha Victor (who plays the spunky Kiara), makes quite an impact. With the second season of REJCTX quickly catching on with the viewers, Anisha has her fingers crossed. She’s the same girl who first left a stellar impression on Bollywood audiences when she played the vivacious possessed gal in Viacom Motion Pictures’ horror film The House Next Door. Releasing in three languages, the film too, was a hit and even earned rave reviews for her. Here’s a tete-a-tete with her.

Not having belonged to a film fraternity, was it tough entering the film industry? Did you have to struggle a lot?

Anisha Victor: It has not been easy from the start. From convincing my dad who didn’t really come around till he actually saw some of my ads, to moving to Bombay after college without any connections with the film industry. As a beginner, rejections are never easy and I faced a lot of them initially.  As a matter of fact I’m still struggling. (laughs)

Before turning an actress, you did quite a few modelling assignments. Did working with top brands for advertisements help as a stepping stone to Bollywood?

Anisha Victor: I don’t know if advertising has been that instrumental in getting me bigger projects but it sure was bread and butter for me and helped me sustain in the city.

Playing the vivacious possessed gal in The House Next Door, you held the audience spellbound with your versatility and screen presence. Was it difficult getting into the character? And did its nuances haunt you later?

Anisha Victor: Playing a possessed person especially in my first film was a little challenging but I’ve grown up being a sucker for horror/ paranormal genre and I think it kind if helped me play the character of Jenny. Of course the director and Siddharth were of great help too to help me build the character. After we finished the film I did feel little low for a while. I don’t know if it was playing that character or work not going the way I expected it to go. But yes I did feel lost for a bit.

You have also acted in an international movie The Line Of Descent. How different is their working style compared to our film industry?

Anisha Victor: The Line of Decent was a great exposure for me as we had lot of international cast and crew on set. Everyone is extremely professional and time management is impeccable.

Your role as Kiara in the Zee 5 series REJCTX is of a feisty adventurous spunky gal. However, when you appeared on the digital cover of Filmfare for the series’ promotion, you looked dainty and struck a rather regal pose. Was this a deliberate move to showcase yourself in a different light?

Anisha Victor: First season is where Kiara is a feisty person, a girl on a mission but in the second season she’s become someone who is head over heels for a boy which also reflects in her demeanour so I guess I just carried that thought through the photo shoot as well.

REJCTX is full of unexpected twists and turns. Does that give you a better chance to showcase different shades in your character?

Anisha Victor: It absolutely does. In the first season REJCTX are trying to hide their identity and in the second season too they are on a mission to find who is trying to kill Kiara. So you’re constantly wearing a mask and trying to hide the truth or trying to find the truth. You don’t know who is your friend or your enemy. Your guard is always up. So yes, Kiara too has many different shades.

We hear you are quite a stickler for time and reach your sets before most of the unit. How come?

Anisha Victor: I think this is something that I’ve inherited from my father who is a colonel in the Indian Army. Also, I don’t like wasting time; mine or someone else’s.  Also, as an actor its part of your job to be disciplined and value the energy and money that goes into a production and you have to respect that and not take that for granted.

You have proved your versatility as an actress with The House Next Door and REJCTX. What are the kind of roles and characters you would like to portray in your future projects?

Anisha Victor: Not to sound too cliched but I really want to portray strong female characters. I watched ‘Million Dollar Baby’ as a kid and wanted to be in a movie like that. Normally, actors are very controlled about their lifestyle. But you have been written about for exotic adventures like snorkelling, hiking around pristine white beaches and even scuba-diving. It seems, you are like an explorer with little fear of the unknown.

Anisha Victor: I have grown up in small and big cities and the army kid in me just wants to keep exploring. It’s like meditation for me. I can never give it up! It’s who I am.

While looking you up online, we stumbled upon your Instagram account called Art For Sanity. What’s that all about? And how long have you been focusing on modern art?

Anisha Victor: I started Art for Sanity in the lockdown once I was back in India after shooting for REJCTX 2 to help me cope with what was happening in the world. My great grandfather was an Art teacher in Ethiopia before moving back to Lahore and then Batala where he continued his work and my mum says I kind of have that in my DNA.

What has been your inspiration behind this new thoughtful side of your creative personality?

Anisha Victor: Art really is like an escape from a dystopian world. Even when there’s chaos everywhere my paints and paper help me create this world where everything is fine. And I think it was just that, the need to escape without leaving your house. I think from my heart which has not always been the best for me but it has also helped me build this beautiful world with colours and paper cuttings where I can just be with me and let myself be who I am.

I am fortunate to be a part of ‘Forbidden Angels’: Isha Chhabra

I’ve learnt a lot from my family and co-actors: Iti Acharya on Teachers’ Day