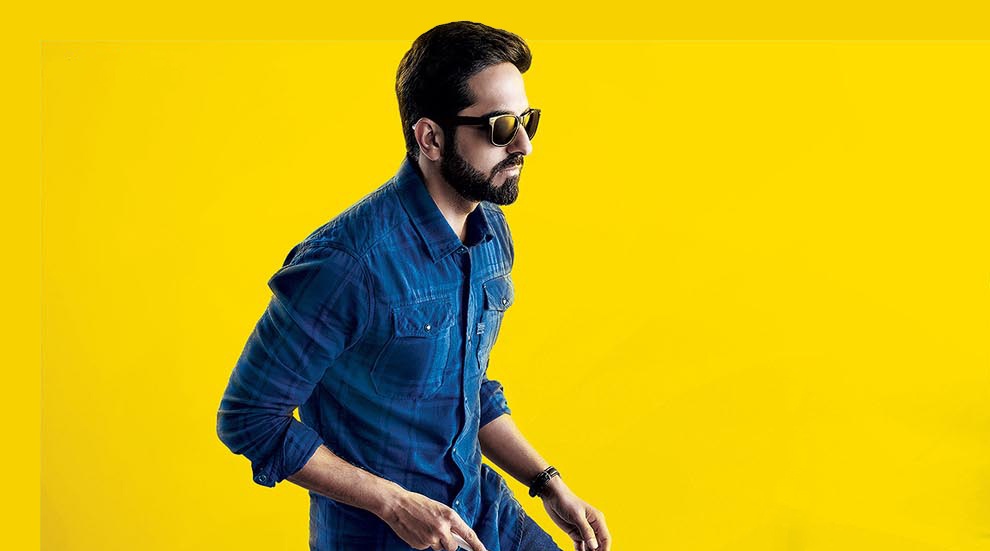 After a hattrick this year with Padmaavat, 102 Not Out and Mulk, National Award-winning makeup and prosthetic designer Preetisheel Singh is once again on a high with the success of AndhaDhun. Here’s an interesting tête-à-tête with the lady.

What was so special about AndhaDhun compared to the other films you have handled makeup and prosthetics for?

Preetisheel: This movie did not require heavy prosthetics like many of the other movies that I have done, but giving Ayushmann (Khurrana) a blind look required a special kind of lens. The lenses were custom-made for the character to make it seem realistic. These are not the ordinary lenses that you get in the market, these are ‘Scleral lenses’ that cover the entire visible part of your eyes. The only downside to these are that they blur your vision, but Ayushmann was really co-operative and did an amazing job considering he actually couldn’t see much.

Is it easier or more difficult to design characters where the character does not have a prototype; like caste, creed or historical relevance?

Preetisheel: I wouldn’t say difficult, but it is more time consuming, as they don’t have pre-set look-traits that I can use to build up a character. It’s the little background details like where they grew up, what is their religious background, what are their habits, what do they like or dislike — small things like this help maneuver and create a character design.

Did the fact that you have worked with Ayushmann Khurrana earlier make your job easier?

Preetisheel: Ayushmann is a fantastic actor to work with. The fact that I’ve worked with him in the past has helped build a rapport with him that makes the environment more comfortable to work in, for both him and me. He is a very positive and fun person to work with. There were a lot of constraints on him due to the lenses, but he still worked brilliantly with them and made it all seem so easy.

Sriram Raghavan is considered to be quite a meticulous director. Was he very demanding with the looks?

Preetisheel: Working with Sriram Sir was like a dream come true, because I grew up watching his movies like Ek Hasina Thi and Johnny Gaddar. And working on a thriller was on my check list which is finally ticked off. He had a very clear vision in his head as to what he wanted and when I presented him with the designs, we both were on the same page. So that made both the discussion and the execution very smooth.

How was it working on the other characters in the movie?

Preetisheel: It was really interesting creating the different characters because every character has a significance in the movie. Going through the script, I could slowly visualize what the characters would look like based on the role they had. And there was a lovely lineup of actors cast for the movie that fit the characters perfectly making my job a lot easier, as it’s easy to conceptualize something when you have a face in mind. And having worked with many of them on previous projects, it was a smooth sailing in terms of execution.

Were you expecting such rave reviews for a movie with such an unusual storyline?

Preetisheel: Guess the tradition created with Sriram Sir’s movies lives on. He always comes up with brilliant stuff and it shows on screen.

Runaway successes put more pressure on everyone. How do you deal with that?

Preetisheel: The pressure sometimes becomes very overwhelming when the expectation levels continue to shoot up. The best thing to do is keep creating with a steady and calm mind with regular de-stressing breaks.

Which was the most difficult character to work on for AndhaDhun?

Preetisheel: Ayushmann’s character was a little tricky, especially working with the lenses. I wanted to design something that would justify the character and give it a very realistic look, so that took a little time. And every character was important in their own aspect so due diligence was given to each character.

How are you going to celebrate the success of AndhaDhun? Do you take breaks after each success?

Preetisheel: I would love to take a break, but sadly my work is not permitting of that. I am currently working on a couple of other projects and they’re keeping me busy. Maybe a nice little dinner with my team to celebrate the success of AndhaDhun is something that I see happening soon.

I don’t think of doing a film for any other reason than the film itself: Shah Rukh Khan

Vipul Jain is a qualified IT professional with over seven years of active working experience. He is a trained web technologist and a certified Ethical Hacker v8 security analyst, under the EC-Council; a global leader in InfoSec Cyber Security certification programs like Certified Ethical Hacker and Computer Hacking Forensic Investigator. Vipul has also been a consultant with the detection and prevention of cyber crimes, with the Cyber Crime Investigation Cell (CCIC) of Rajasthan State Police.