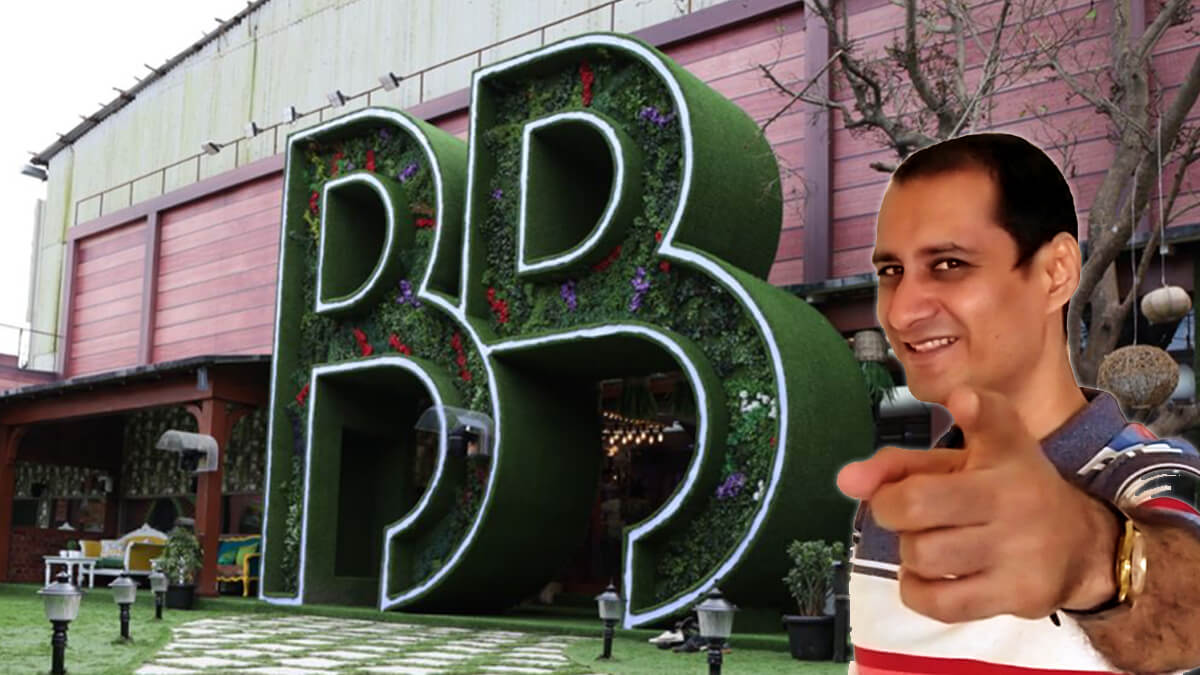 Bollywood’s only PR  guru Dale Bhagwagar is also the only specialist on Bigg Boss. Having handled the PR for a full 20 contestants while they have been on the controversial show, Dale also has guts to call a spade a spade. He boldly addresses queries in this exclusive no-holds-barred interview to QNA India.

Bigg Boss 13 has shifted from Lonavla to Filmcity Studios in Goregaon, Mumbai. Do you think it’s a good move?

Dale Bhagwagar: That fresh breath of Lonavla air that the Bigg Boss Housemates felt in the garden area is missing. Also, knowing that they were far away from Mumbai city, gave the contestants a feel of being separated from their near and dear ones, which went perfectly with the show’s concept. That is now missing too.

But being at Filmcity, has its own share of advantages too. Availability for props, food items, staff etc would definitely be better when in Mumbai. Travel time for staff and Salman Khan is less.

Moreover, security is better as Filmcity has two security gates before one reaches any studio floor. The distance between the first and second gate is almost 2 kilometers. So for any anti-Bigg Boss protest morchas to walk all the way, would be quite a task, and also provide the makers ample time to call for police help, just in case any protest morcha breaks through the first security gate.

Will Bigg Boss 13 get better TRPs than last season?

Dale Bhagwagar: I have a feeling Bigg Boss TRPs may not rise with the passing of its seasons now. The reasons are many. The attention span of people have changed. Also, most youth want to watch shows on the go, and not sit in front of television sets anymore. Though on Voot, the show has limited its visibility by being absent on YouTube; the most popular platform for videos.

Another reason is that the show has deviated from its original concept of being truthful to reality television, and feels more and more like a game show. Being a publicist in the entertainment field and having handled the PR for the maximum Bigg Boss contestants and watched them closely, I’m of the impression that the media publicity for the show also needs more innovativeness and improvement.

Many more journalists need to receive its daily synopsis and publicity images. The PR images for the media could be of better size, correct format and higher resolution too. This would make the journalist’s job of covering Bigg Boss, easier. Scribes may then refrain from searching and lifting random images from FB pages or channel website, which may not satisfy their needs for a great image-resolution.

Apart from all this, one has to also understand that Gen Z does not sit and watch TV serials. So most of the times, they identify quite less with the TV stars which feature more and more on Bigg Boss nowadays. All these and many more transformational changes could give the fortunes of Bigg Boss a punchy boost.

Bigg Boss approaches a lot of celebrities, but only a few of them finally go to the Bigg Boss House. Do you think this is a promotional ploy by the makers to create a wider buzz for the show before it rolls?

Dale Bhagwagar: Ha ha! It seems you have stumbled upon some secret. Yes, this does create a buzz initially, as not all who are approached are aware of the secrecy clause in BB contracts. So they yap and talk and hint, or tell their friends that they have been approached for Bigg Boss. Some even pompously write on FB that BB approaches them every year. But I don’t think that kind of PR buzz helps them. If they really want to be on the show by getting in the limelight, or catch the attention of the makers, there are other intelligent PR strategies and methods.

What if the selection process goes on public voting?

Dale Bhagwagar: That could be an interesting turn. But the public will have to see the drama quotient of the contestants and judge by that. Only then will it work well. Hai na.

Dale Bhagwagar: The hero of the show should be the concept. I feel, the best thing for Bigg Boss will be to focus on its original ‘reality television’ format and reduce the number of games and tasks. I also strongly feel that Bigg Boss should have two seasons every year — one with celebs and another with commoners.

What do you have to say about most contestants who win Bigg Boss, but are not able to remain in the news after winning? What could be the reason?

Dale Bhagwagar: The primary reason for this is that success goes to their head. The months they spend in isolation makes them believe that the show has made superstars out of them. When they meet their family and friends on the show, they hear stories of how they are being talked about in the outside world; about how famous they have become etc etc etc. They think they have ‘arrived’ and this thought goes to their head.

When they come out they are mobbed, first by the media and then by the people on the streets. They get a lot of instant recognition. In all this hullabaloo, most of them forget that PR plays an important role in the imaging, branding and consistency of any publicity exercise.

What they completely fail to realize is that long-term fame is not about hype, but about imaging and branding. That is why so many Bigg Boss contestants lose out in the long run, with most of these disappearing into oblivion. Even the winners.