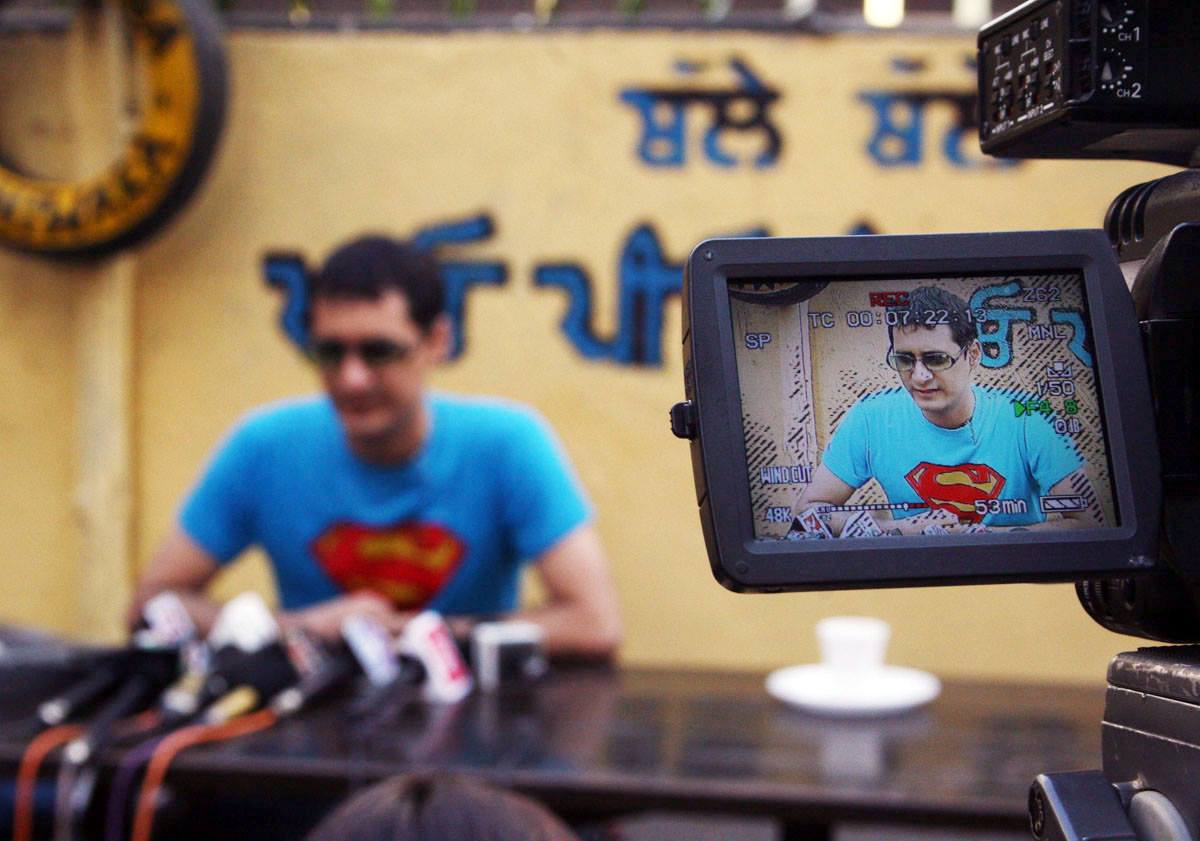 Bollywood PR guru Dale Bhagwagar is the Rajinikanth of Bollywood PR. Over the years, the publicist has made his own rules, own styles and own world. Apart from being widely quoted across all Indian media, he is the only publicist from the country who has been quoted in international media such as BBC World, BBC Radio, Sky News, Channel 4, The Times, Guardian, The Independent and many more.

Among some 200-odd clients he has worked with, Dale Bhagwagar has also been instrumental in shaping images of Hrithik Roshan, Shilpa Shetty, Priyanka Chopra and movies like Don and Rock On!! Plus, some 20 scandalous names who have been on Bigg Boss. We grill him on some sensitive topics here and he answers with great honesty.

You have always been in favour of the digital media. Do you think the print media will be over soon?

Dale Bhagwagar: It may come as a surprise to you, but let me tell you that while Print Media is a dying medium almost all over the world, India is one of the only countries where it has been thriving and sometimes even growing. This is mainly because India has such a wide variety of languages and language newspapers. So while the urban readers are slowly shifting to checking their daily dose of news on desktops, laptops and mobile phones; there is still a humongous chunk of readers in the rural segment who boost the readership and circulation of newspapers, newspaper supplements and magazines. Having said that, Print is indeed a dying medium. Because the youth is slowly stopping to patronize it. So the coming generations are not going to subscribe to newspapers at their homes… unless they do it online. But language newspapers will survive much longer than English papers. So vernacular Press has nothing to worry for now. Plus, certain English newspapers like The Times Of India, DNA, Hindustan Times and Mid-Day; which sell advertisements in package-deals along with their sister publications and brands (including television channels, radio stations and film award shows) across the media spectrum, will also survive. As for me focusing on online media, it has been the case from almost a decade now. I like to change with the times, as I have seen many PRs perish because they could not change. I am the longest surviving publicist in the film industry in India. And I intend to keep things that way (winks). So I have to always keep ahead of time and change and evolve. I have to always beat the current lot of PRs at their game if I want to keep being a leader of things. That’s how it’s always been, and that’s how I intend to keep it. (smiles)

From managing PR of debutantes to superstars, what has been the most cherished moment?

Dale Bhagwagar: I have often stated that my PR clients are like my children. And just as a mother loves all her children equally, I love to work for my PR clients with equally devoted energies and passion. All have been interesting and challenging; otherwise they wouldn’t have been my clients in the first place. However, there are certain projects and personal PR assignments that have interested me more. Handling the work for names such as Hrithik Roshan and Priyanka Chopra has been a pleasure. Whereas handling the media publicity and hype for more controversial brands such as Shilpa Shetty, Vivek Oberoi, Rakhi Sawant, Swami Nithyananda and Global Advertisers (the patrons of Radhe Maa) has been more challenging at times. One of my current clients is makeup and prosthetics designer Preetisheel Singh. Handling her work is also very interesting as it is quite different from my regular assignments which involve actors and movies. Doing PR for movies like Don and Rock On!! too have been good fun. 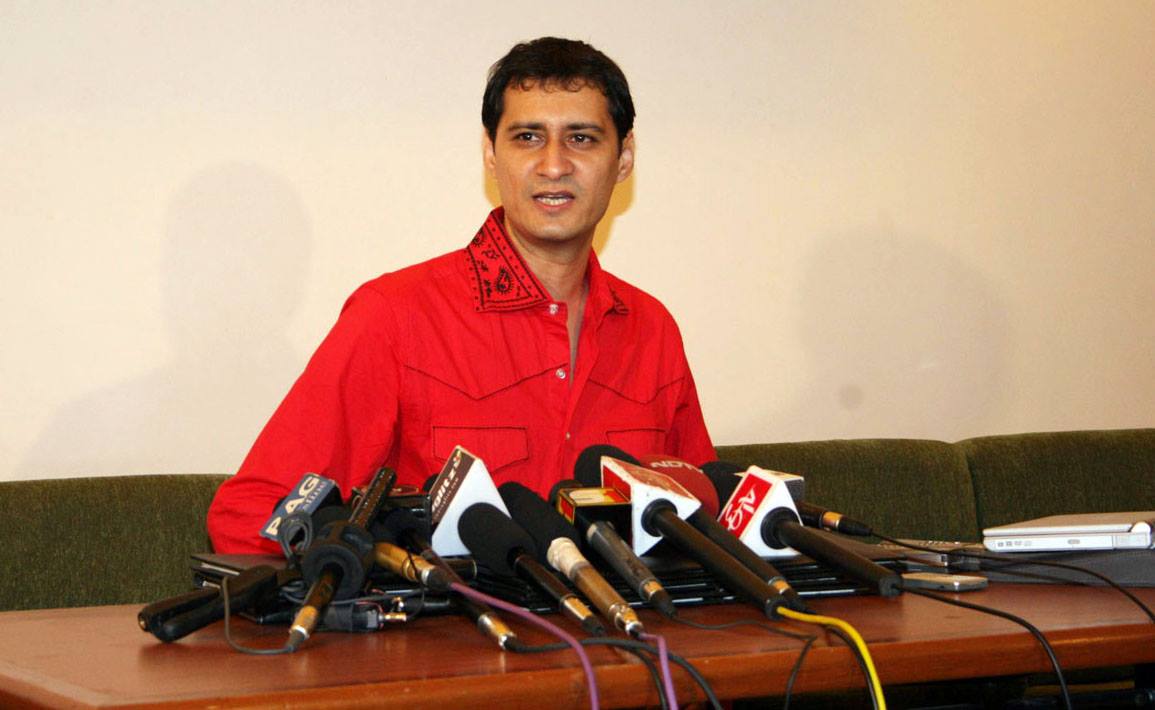 What are the things that you would like to see among the new generation of PRs?

Dale Bhagwagar: Integrity is the number one thing that seems to be missing in the current lot of PRs. That is one very important reason for loss of trust. Second is street-smartness, which every PR needs to possess — that quality of being sharp and scheming to the extent of being manipulative with the media. Ha ha. Ya, it is important for a PR to be a manipulator. Because that is the job. One has to know how to strategize, play, plot, plug and plant news in the media. The better the manipulator, the better the PR. Another thing that Gen Next needs to keep in mind is media ethics. Manipulative PRs need to also have a lot of PR ethics. They need to know and understand where to draw the line. They need to be pro’s at doing a balancing act between ethics (a demand of the times) and exaggeration (a demand of the spice and sensationalism-hungry media). Otherwise they can end up influencing society in a bad way. See, PRs have the advantage of being able to reach the public at large through the voice of celebrity clients. So if they misguide their clients or misuse their clout, it can spell mayhem from the cultural point of view. Thus PRs need to be deep-rooted in media ethics even while they plot and plan to promote their clients using national and international media platforms at their disposal.

How important is social media for celebrities and PRs?

Dale Bhagwagar: This is a very good question. Especially because many celebrities tend to focus too much on Social Media. So much so, that they often sideline mainstream media. Social Media is a pillar of the media; a means of support. However, it is NOT the main media. The real media is Online Media (websites), Television Media, Print Media, Radio Media. These have more credibility; as before a news is carried on these places, it is written by a trained and experienced writer/reporter; goes through checks of a sub-editor, news editor, deputy editor or the executive editor, before it is finally published. So that news will definitely carry much more credibility compared to self-published and self-generated news on Social Media. Plus, when one is featured on websites, the news gets archived and is searchable for all time. This archive-value of the news, along with some good Google Search Engine Optimization (SEO), can help a celebrity much more in the long run, as it provides more consistency and value than a post or picture which will be lost on Social Media within a day, unless it goes viral. And as we know, just one out of thousands and thousands of posts have the potential to go viral. So the chances of getting noticed on social media is miniscule, compared to building a strong image through website articles and write-ups. News on websites last longer and can have a consistency to it, which can’t be found on Social Media. To sum it up, Social Media is fantastic, but it has to be used as an add-on to actual mainstream media.

Do you use social media to reach and impress traditional media?

Dale Bhagwagar: Yes, I do. But I feel Social Media becomes unsocial at times and is gradually losing credibility. When it began, it gave a voice to millions. But many started to misuse it and abuse it. Twitterati is well-known for being rude and abusive to people… resulting in a lot of celebrities like Amitabh Bachchan and Shah Rukh Khan complaining about the negativity on it. Actor-singer Sonu Nigam got so disgusted with it that he ultimately quit the platform. These things say a lot about changing trends. Moreover, the recent Cambridge Analytica data-breach scandal has everyone worried about Facebook privacy and stability. Whereas Social Media could have brilliantly focused on citizen journalism, and even educating along with informing. But it went on to create the demon of ‘fake news’ in many instances. Even the concept of ‘Paid News’ and ‘Paid Media’ which has been the domain of Print Media until now, is creeping into online media, including Social Media. One is asked for monies to improve the visibility and boost posts. If one can pay and be famous, then the people with monies will be the ones to be. What about the deserving? What about the ones with creativity? These money-making tactics have marred Social Media’s credibility as a platform for information dissemination. However, it still remains a very strong segment. And I feel that with time, it has an enormous potential to refine, redefine and mature.

What fascinates you most about PR work?

Dale Bhagwagar: Like journalism, public relations is one of the few professions where there is constant activity. News happens 24×7 and one has to always be on toes. Moreover, muck also happens 24×7 and people need crisis management via PRs all the time. This is a very interesting part of the profession, as there is never a lull. One is always in the thick of things. I feel like a ringmaster of the grand media circus. No day is ever boring.

What makes you happy in your professional life?

Dale Bhagwagar: The choice to live life the way I want to live it.

Who has been your favourite client and why?

Dale Bhagwagar: Now! Now! Are you trying to put me into trouble by having me to take just one name here? Ha ha! But seriously, if I were to answer that question honestly, it might sound narcissistic. But the fact is that I, myself have been my most favourite client. Yes, I treat myself as a client — a brand — a PR brand who can be relied upon, trusted; one who delivers and who is consistent with growth. In my eyes, there is no further satisfaction to know that your work helps others grow and be famous. That you are able to propel people into the limelight and strengthen their image and brand by influencing the media. That you have the means to make their careers better. That’s what gives me the ultimate high.

DJ Paroma: Job is not just going to office for 8 hours but being responsible for certain duties

Up and Close with Pallavi Bharti : The voice over supreme!