Do offer grass to Lord Ganesha along with Modak and Yellow flowers: Dr. Aarti Dahiya

'The giving back foundation': Turning dreams into reality 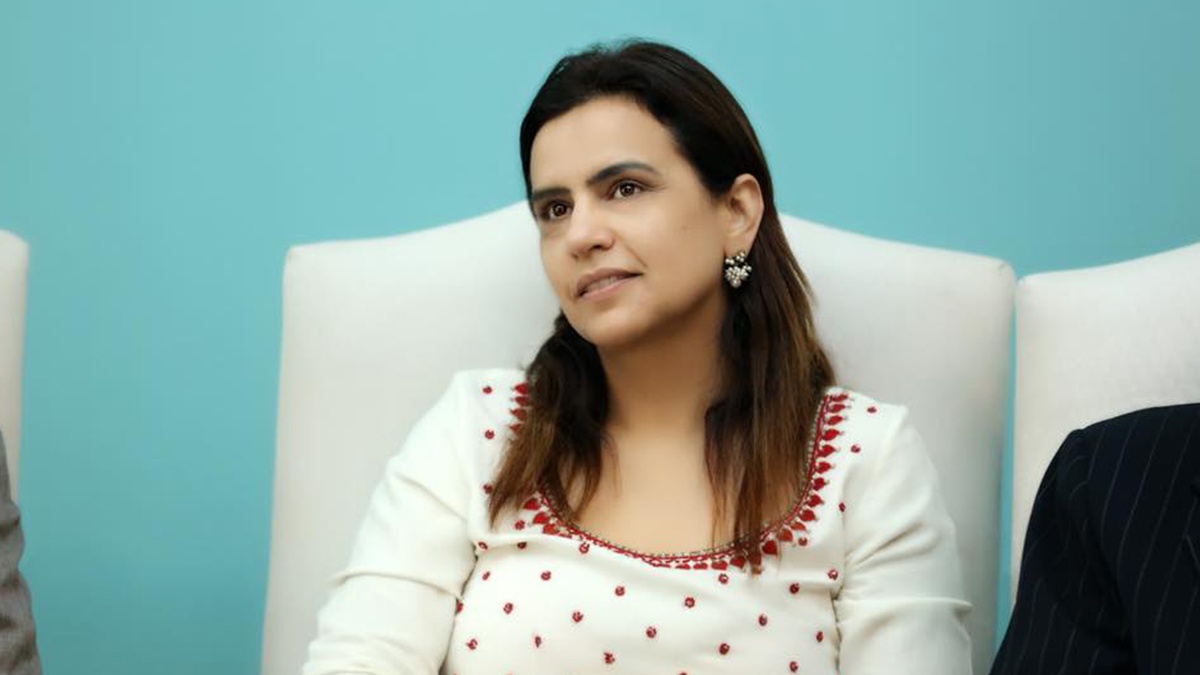 Quitting quite a successful career in Kingfisher Airlines in 2007, Yogita Bhayana pursued her passion for social development and justice. It was when the Nirbhaya case happened in 2012, Yogita spearheaded the protest to fight for justice.

In a freewheeling conversation with QNA, Yogita Bhayana talks about how challenging it was to leave a career, her organization PARI, what laws she thinks should be enforced, and more.

Why did you leave your successful career? How challenging was it to devote yourself to social development?

Yogita Bhayana: I left my career because I wanted to contribute to society and it was my calling. I thought I was already due for my promotion and I was doing well professionally, so I naturally started getting temptations for it. I really wanted to put a full stop to that. Since the beginning, I had been wanting to do something socially, so I think in 2007, after working for seven years in the corporate sector, I decided to quit overnight. I knew too much thinking was not helping me. From the very next day, I was on the field. I was working towards reforming hospitals, making sure the poor get ambulances and rooms.

Tell something about PARI? What role do you play in the organisation and what all do you guys do?

Yogita Bhayana: PARI happened after the Nirbhaya case in 2012. I had dealt with the survivors of sexual violence but had never realised the issue in so much detail. But after this case, the whole nation awakened. I also was one among the persons protesting at Jantar Mantar. I became part of the Justice Verma recommendation also and from there I got into the depth of the subject and I thought this thing has to go. Then, I started assisting National Commission for women on these issues. Did a lot of consultation, a lot of deliberation and worked a lot on pushing the government, met a lot of people. After all this, we thought we have to do something in order to bring a change and stop violence against women. But unfortunately, even after that cruel case of 2012 and so much awareness, the number of cases kept growing and it seemed like everything remained unchanged.  So we thought instead of working on the protection of the survivors, working on the prevention would be better. That’s how we named our campaign PARI- People Against Rapes in India, wherein we try to help the survivors but mainly work on the prevention policy and advocacy and pushing the government on various fronts.

After the Nirbhaya case, did you ever get any threats or challenges? Please share?

Yogita Bhayana: Yes after the Nirbhaya’s case, I faced a lot of challenges. I would not call them threats essentially, though they were challenges. Sometimes when I went to court, the families of the culprits used to give me looks or even chase me out of the courtroom sometimes. But I never considered it as a threat.

As after Nirbhaya, rape cases have been reported increasingly. What percentage of them do you think get justice?

Yogita Bhayana: After Nirbhaya’s case lot of things changed on paper, implementation was also done for a few things but there are so many grey areas so many loopholes that so much work needs to be done even now. ‘Justice’ is a very subjective term, so I cannot say much. For some people, capital punishment is only justice and for some families, they are okay with life imprisonment. It is up to the victim’s family how they perceive justice. In one of the cases, 20 years imprisonment was given to one of the culprits last month, but the family was not content. In our country, the time which is taken in providing justice gets very complex. For a family who has lost a girl to this kind of a brutal crime, it is hard to say that any punishment will ever satisfy the pain of their irreparable loss. As of now, there are so many cases going on but nobody has reached a logical conclusion other than some previous ones. This cannot be called justice.

What’s one law that you think should be enforced and which one should be removed from the Constitution? Why?

Yogita Bhayana: Overall, there have been many changes after Nirbhaya. However, I feel time-bound justice is really important. I feel one has to conclude the cases within 2 years of the occurrence. It includes the lower court, the high court, and the Supreme Court. But unfortunately, the fast-track procedure is now only limited to the session court and the High Court. But there are cases going to Supreme Court where it takes ages. Until you give justice on time, there is no relevance to it. Justice has to be time-bound. At least rape cases should take two years to conclude even lesser for the whole thing.

This is one thing we at PARI are looking forward to. A lot of laws need to change, in this particular thing is the ‘Bail’.  Usually, when we talk about sexual violence cases the criminals become a threat to the family members if given bail. I believe, bails should be given only for emergency reasons rather than granting it for random reasons. I have seen culprits of severely brutal cases getting out on bails. It is very critical that bails are being provided in such cases.

Nirbhaya got justice after seven years. Who is responsible for this?

Yogita Bhayana: I think everyone. Everyone from investigation agencies, cops to doctors, who though could not save her, but definitely have a contribution to make.

Even the lawyers and the volunteers who stood by them. Also every commoner’s sentiments. So, whenever I used to talk to people around, I felt that people around the world were talking about the case.

I would specially like to appreciate the efforts and courage of her mother, Asha ji. We have to say it was her parents’ consistent follow up of this case. So credit goes to all of them who contributed, including Raj Kumar who picked both of them, when they were found.