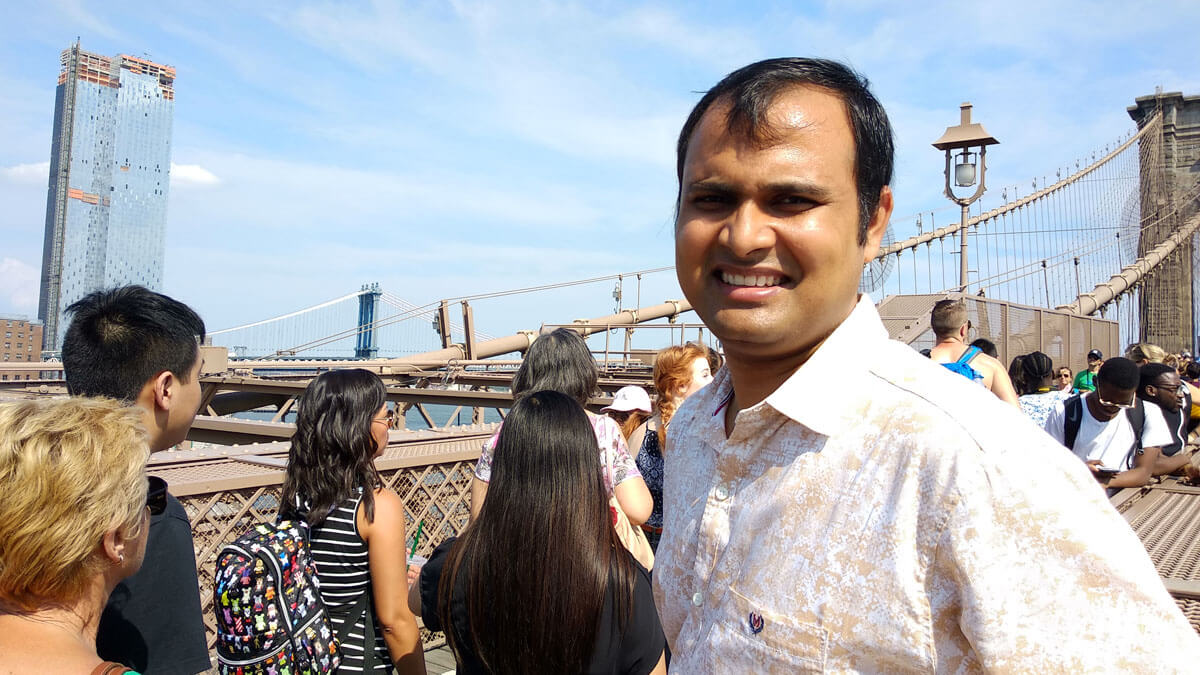 World cinema researcher Mainak Misra begun his journey as a filmmaker with his first short film Days of Marigolds. After its acclaim at many film festivals, he looks forward to a career in Bollywood next. Read on to know what the determined Mainak has to say.

From being researcher about world cinema, what is it that attracted you towards filmmaking?

Mainak Misra: There was a turning point in my life which shifted my focus completely towards world cinema. Many years ago while studying in Kolkata, I read a wall-newspaper report about legendary Iranian filmmaker Abbas Kiarostami. I was so inspired by the master that I decided to become a filmmaker. Subsequently, I started research on world cinema. I was not able to direct instantly as I was pursuing my MBA, but filmmaking became my ultimate dream.

What is your first short film Days of Marigolds all about?

Mainak Misra: The film is about longing, memories, cycle of life, reflections, dreams, hope and nostalgia. It’s a story of two brothers in rural India. The elder brother leaves the village. While leaving, he cannot resist but run back and hug his younger brother one last time before walking towards the distant horizon. The younger brother keeps returning to the same place where his elder brother left, but his brother never comes back. Each return marks a passage of his life cycle, from childhood to adolescence, early adulthood, late adulthood, and eventually old age. Life goes on. There is no dialogue in the film.

That’s a lot of sentiment.

Mainak Misra: Yes. See, sometimes some special moments passed with our nearest and dearest ones can never be forgotten. When they are lost, their absence is felt deep down in our hearts. We keep longing for their presence. Their memories remain vivid in our minds for the rest of our lives. In the film, the protagonist’s memories and nostalgia appear as reflections in each phase of his life cycle. Those reflections rejuvenate new hopes. The hopes make him dream of getting back his brother again in his life.

What and who all gave you the inspiration to make this film?

Mainak Misra: This film is based on the basic values of human life. We all lose our nearest and dearest ones in our lives. But do we ever forget them? We do not and remember them till our last breath. So I can say that normal human life was actually the inspiration to make this film. This film belongs to everybody.

Days of Marigolds has been screened at many film festivals and already received a lot of acclaim. Has that been fulfilling for you as an upcoming filmmaker?

Yes, of course. International festival selections are very much satisfying. But I became extremely sad when it did not win any national award. You can see the works across various aspects of the film including cinematography, sound design, music, edit, concept etc and I am sure you will love those. Your life is depicted in the film. Everybody’s life is depicted in the film. But I do not blame anybody, as people have their own perspectives to review a film. It is alright.

Since you hail from the tech city of Hyderabad and have shot your film around the city, has that been an advantage for you?

Mainak Misra: Yes, I work in Hyderabad and it was convenient for me to shoot the film near my hometown. Also, after searching a lot of places for almost over three months, somebody recommended me this place at the banks of Pochampally village lake, about 30 km away from Hyderabad, and I did a recce. I simply loved the location as it was a perfect fit for my film. And the location became the soul of the film.

Are you planning to make more short films?

Mainak Misra: Not immediately. My next project would be a feature film. I have already started working on the script.

Do you also wish to make Bollywood films in future?

Mainak Misra: Yes, of course. In fact, I will collaborate with Bollywood technicians and actors for my upcoming film. In that perspective, you can refer to it as a Bollywood film.

Related Topics:Mainak Misra
Up Next