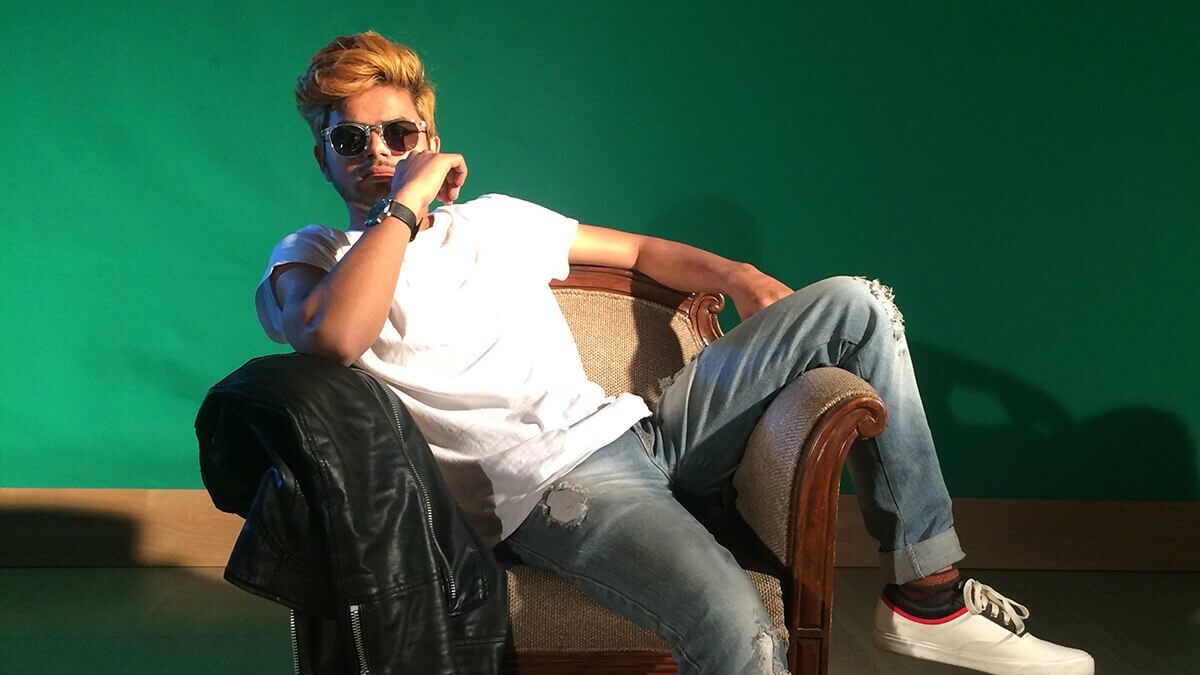 Dushyant Kapoor is an Indian film director, producer & creator known for his superhero content “Mahakaal, Suitboy & Boom” with an extended vision of showcasing his other popular superhero characters named “Naari, Halt, Narayan & SHE “. His media venture includes web series, short films and now going ahead for digital series & feature films. Coming from a humble background, Dushyant Kapoor made an eye-snatching headline in print media when his sci-fi decor “HALT” was played back in Cannes Film Festival 2014 short film category. He has also been the youngest VEVO artist from India in the same year. As an independent creator, he has also directed videos for known YouTuber “Amit Bhadana”, musical band “The Khalnayak”, Raj Comics, T-series, One digital Entertainment and has done more than sixty successful music videos for independent artists.

His most popular work is “Corona Short Film & Suitboy this year.”. His recent short film with Bollywood Actor Maniesh Paul “Message from God” was critically acclaimed.

At a very young age, you have achieved a lot in your life. Tell us about your journey?

Dushyant: I wouldn’t say that it all came easy. I have worked hard to achieve, and that too from a very young age. I had big dreams, I still have, and I believe with hard work and dedication everything is possible. And it all began when I was 5, I was a curious kid. As my father is in Railway, we had to move a lot from one city to another, my ability to make friends and to fit in wasn’t that good. I have struggled to mingle around with my fellow classmates. Every 4 years, I had to change my school, my neighbourhood, and this all led me to become a lone kid. I wanted to be friends with these kids, I wanted to play with them but they didn’t really like me much. So to kill time, I used to tell stories to myself. Fantasy stories. As in talking to myself. Once, a student from my class heard me and took an interest. From then I started telling stories to my classmates. It helped me to be friends with a lot of people. I loved telling imaginary stories to all of my friends. At a very early age, I became popular with these stories. When I got to know about YouTube, I started making videos of my own. I didn’t really get a good response at that time, but it didn’t stop me from telling stories. So I learned more and more about how I can improve, and believe me I was a research freak. Since my childhood, I have read a lot from the internet and learned. It fascinated me, the information, and sooner or later I figured out my passion for music, film-making, and acting.

You have created some amazing series such as Suit Boy, Mahakaal, Doraemon, and many more, how do you create this kind of amazing content?

Dushyant: I am passionate about Science Fiction and Fantasy from childhood. And since everyone else is creating everything, I am focused on creating something different, something unique, and something that can inspire people. I intend to touch as many hearts as I could. I don’t just create content, I am creating impact. A good impact.

What’s challenging about bringing such amazing scripts to life?

Dushyant: Almost everything. But challenges are what makes us! Visualizing something and then bringing it to life is a whole different thing. Sometimes imaginations aren’t practically possible. Then I have to mould the story into something practically possible which is quite challenging. Most of the time, it doesn’t really come the way it was thought of. But I don’t give up and I work till I make it the best version of my imagination.

What is that one message you always aim to deliver to your audience from your series?

Dushyant: If you will watch my series and short films, you will realize that I try to deliver a message in each and every video. And the message is that we need to save the earth and not destroy it. We, as humans are given a lot of freedom and opportunities but we are taking everything for granted. Rather than feeling grateful for this life, rather than thanking the earth to give us all the resources, we are cursing it, we are destroying it with whatever means we can. And I am against all those who take this planet, this life, these resources for granted. And with my expertise, I try to spread the word. Save the earth.

One reason that you want to be called the father of Indian Superheroes?

Dushyant: Well, simply because I am creating them! In our nation, Bollywood filmmakers aren’t creating real superheroes. They never gave a damn about superhero films or to create Indian Superheroes. And with years passing by, I am realising that I am capable of doing so. Whatever I have created till now, is unique, Indian, and special. And People really loved it. And with all the appreciation, with all the messages I receive every day, and especially when I meet my fans, I feel more passionate about my work.

How do you deal with the competition, does it excite you or kill you?

Dushyant: My competition is me, myself. Every single day! What I am doing to grow myself, am I better than yesterday, did my work improve from the last project? These are the questions that I ask myself and keep working towards greater things. And the progress excites me to do more and better.

What have you learned about yourself since you became such a known personality?

Dushyant: That I am very entertaining! Literally! When I look back from where I came, I realize that I learned a lot. I have learned about myself that I can do anything, nothing can stop me, nothing can keep me away from my dreams, not even the failures. I have achieved discipline in me, a sense of control that I think a lot of people struggle with. I am not fascinated by all the materials, because now I know that one can not feel satisfied with taking or buying, one feels satisfied by giving. And when I share what I have, what I believe is, when I feel the happiest.

If you have a magic wand, what will you do next?

Dushyant: If I have a magic wand, I will be more like a real superhero. I will live in my films. I will use it to save the earth. I will try to fix what people have broken and will make the world a better place to live.

Tell us about your upcoming projects?

Dushyant: My upcoming project is a Sequel of 2020: End of the world & Indian Avengers which is my big announcement!