For every single artist, every shot is a challenge: Soma Rathod 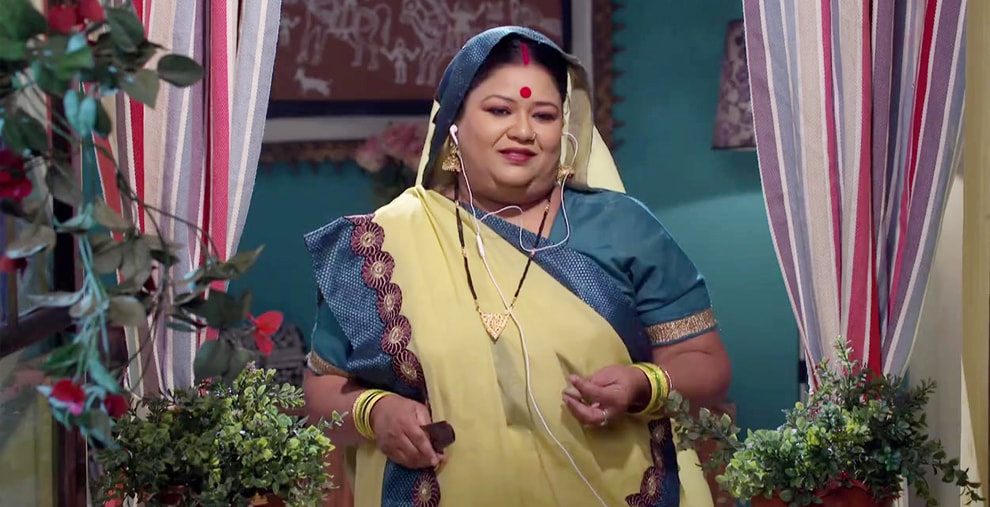 Soma Rathod, Television actress who rose to fame with Chidiya Ghar and Lapataganj talked about her career and journey.

Tarun Jain in an interview with Television actress Soma Rathod. Read on.

Born in Raipur and grew up in Nepal and Assam, How did Soma reach Mumbai?

Soma Rathod: After 2 years of marriage, my husband got a job in Mumbai and I went there with him.

How was the 9-year TV program ranging from the middle to the role of Karuna?

Soma Rathod: Nothing is easy at the beginning but I believed in myself and kept working hard. This is how I got my experience and it feels really great when you get all the love from your fans.

According to media reports, your personal life is very upheaval. In such a way, the challenge is to come to the screen and do comedy. How do you do that?

Soma Rathod: For every single artist, every shot is a challenge. Many times, personal life tries to dominate, but I do not allow anything like this to affect me. I remember when once I was dancing during a shot and I got a call that my grandmother had passed but I finished the first job and then went 10 days after that.

According to the news, because of the stress in personal life, you went into depression. To avoid this, you started eating more. Thereby increasing your weight Is it true?

Soma Rathod: Not exactly depression. But during work and due to personal life, stress usually comes up. So as for the weight, It shooted up not because of eating more food, but less.

Since the movies have started, comedy was mostly done by obese people. Do you believe that comedy is the only option for obese artists or is it not considered serious?

Soma Rathod: I do not believe that. Acting and body don’t go hand in hand. I played a serious role in Chidiya Ghar, which was liked by the audience and its TRP also increased.

Soma Rathod: Had a chance to come in a movie- Satrangi Parachute.

Did you work with director Shashank Bali? Any special thing about them?

Soma Rathod: Shashank is not only a good director but also a good man. He stays so cool during work and stress free. I highly doubt if someone has ever seen him angry on the sets.

Related Topics:Soma Rathod
Up Next

Appreciation of work matters the most for Siddharth Bhardwaj

Each role has improved me as an actor: Tina Datta