'I always want to try something new, something different': Ashwath Bhatt 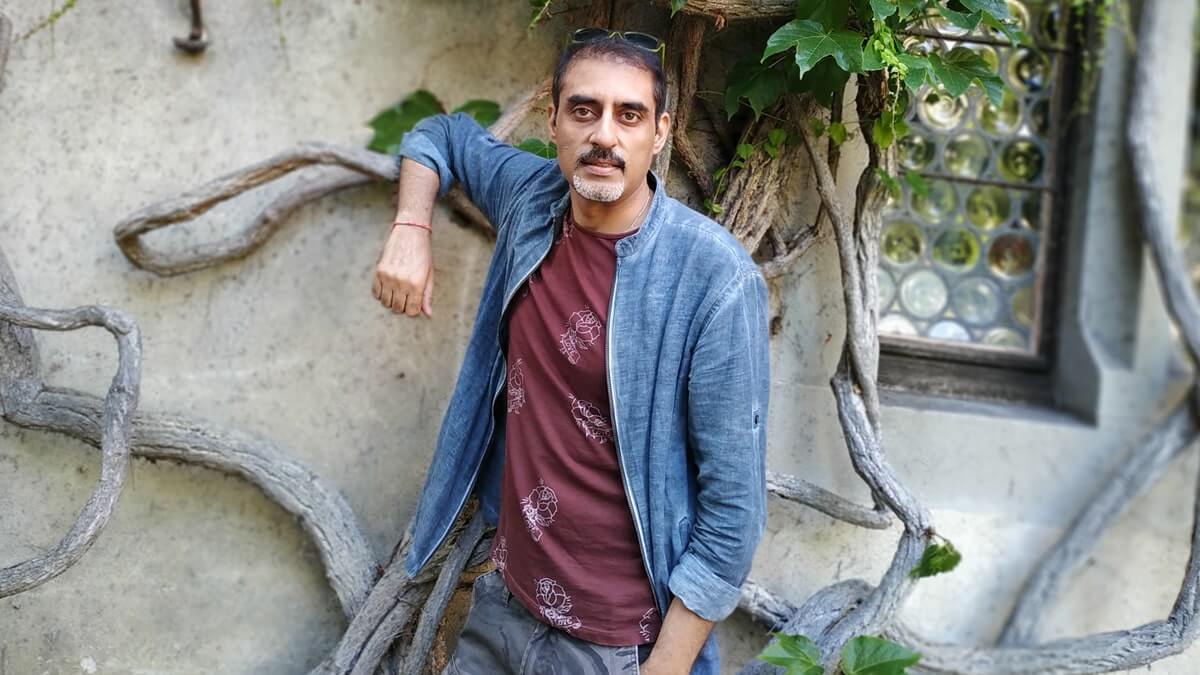 From National School of Drama to appearing in blockbusters like ‘Raazi’, ‘Haider’ and ‘Kesari’, it has been a long journey for Ashwath Bhatt. He, unlike many actors, had no plans on giving up on everything and coming to Mumbai to work in Bollywood, he as he says, was happy doing theatre and even today is. Apart from his ‘solo theatre play’ and A R Rahman’s film, let’s see what all he has in his kitty now.

Being from NSD, how difficult or easy was it to gel in the film industry?

Ashwath: Sometimes I feel like a misfit in the industry. I am someone who does not go out much, does not socialise. I entered the industry as a writer, not an actor. I collaborated with Rahul Dholakia in ‘Lamhaa’, that is how it started. Then a lot of independent cinema came my way. It was never seeing or meeting people – I just went to festivals. It was not easy or difficult to gel in the industry, it was just like every actor’s journey. But I never went out of my way that I have to go to Mumbai. I was doing theatre, and films just kept coming. I don’t think I have joined the industry properly even now. I still find myself as an outsider in many ways.

You have been working in quite serious films like Kesari, Haider, Raazi, Manto, etc – how do you choose roles?

About the films ‘Raazi’ and ‘Haider’, I did not want to miss the chance of working with Meghna Gulzar and Vishal Bharadwaj. But also, the role, what new things I am exploring even drove me further. I always want to try something new, something different. Like ‘Kesari’, I had never done a period drama, war scene, with that look. That is how I have been choosing my roles.

Which is one is your favourite story and character. Why?

Ashwath: As of now, it would be ‘Raazi’. Because of the way it was told, the characters came together. It was definitely Meghna Gulzaar’s magic. She had a vision for herself, she knew what she wanted. It was a difficult but satisfying experience at the same time. It was not at all easy to bring ‘Mehboob’ (my character) alive. But yes, she is a good director and she made it happen.

Doing different kind of films, how did you land up in ‘Leila’ – tell us something about your role and experience of working in the same?

Ashwath: Leila came to me like any other project is offered. The casting director calls and gives you a rough sketch of the character. Indu called me for this role and it was again something which I had not done in the past. It was some kind of a utopian story, the look of me in that character. It was an amazing experience, I really like when many people called me and told me that they like the work, and it is something absolutely different from what I have been doing until now.

You have been pretty much active in the industry since 2010, how has the industry and your career evolved in this while?

Ashwath: The industry has become more organised. New kind of stories are being told. Since I joined the industry, the web is so big, many web series around different topics are being made. Risks are being taken, ones which were not been taken before.

People want to watch new things, new concepts, new stories and I think the web is really helping in that sense. And, as far as my career is concerned, I would say I have been a really reluctant actor. I look for something which gives me some kind of ‘kick’. And that’s has been kind of my strengths and weakness. I left so many films which were super hit only because I thought I had nothing to do in them. People say that if I had done those films, it would have made me a popular actor, but if it doesn’t give me happiness, I don’t feel like doing it. I would love to do more, experiment more. The industry has this stereotype and I am trying to fight it. I don’t want to be typecast. I don’t want to become a terrorist in every film, I want to explore other sides of me too.

What is on your plate now? Future plans?

Ashwath: This year has been a lot of theatre. I have been involved in a play called ‘The Djinns of Eidgah’, so that has been keeping me tied up in my own one man show. And of course, there is A R Rahman’s film ’99 songs’. So I am looking forward to it as I am playing a politician for the first time. I can’t reveal much about the project as of now. But all I can say is that it is a wonderful film and a beautiful role and I just hope it releases this year.

Apart from that, I am looking forward to the release of 3-4 short films I have done this year. From October I am starting working on a film ‘Mandli’ by Rakesh Chaturvedi Om – again a different part, something I have not explored yet – I am playing an artist in ‘Ram Leela’.

Related Topics:Ashwath Bhatt
Up Next