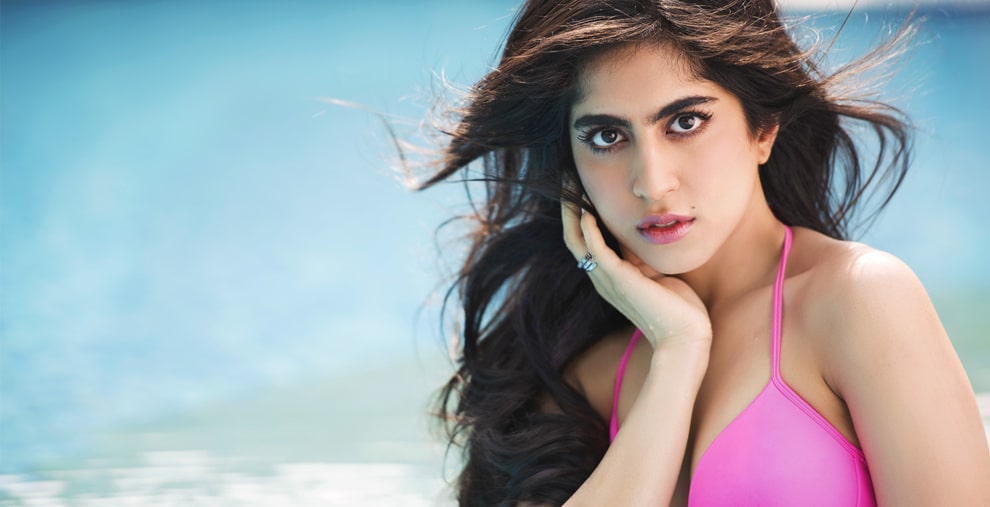 Actress and comedian Aneesha Madhok, known for the play Aliza-Free, will soon be making her Hollywood debut in Bill McAdams, Jr.’s coming-of-age feature film Bully High as the main lead. Aneesha grew up in Delhi and started out with dancing on stage at the age of four and winning dance competitions solely by improvising. Now she is the star of a Hollywood film for which she has begun shooting. Currently based in Los Angeles, here’s a tete-a-tete with the lively Aneesha about her journey.

How did you convince your parents that you wanted to take up acting as a profession?

Aneesha: I was initially discouraged about acting as my parents felt it would be difficult. At the age of seventeen, I wrote the play Aliza-Free when my parents were away in Moscow during summer vacation, while they thought I was doing my summer holiday homework. In 2013, I staged Aliza-Free in New Delhi with a cast of 16 actors. I played the lead character, who was a ballerina in the play and collaborated with Fernando Aguilera, CEO of India Fernando Ballet Company (IFBC). Fernando Aguilera trained me, and we both proved that hard work can beat time. I performed advanced ballet steps worth of two years of training. When my parents saw me perform, they knew this was my calling and I am grateful that they encouraged me since then.

How did you end up in Los Angeles?

Aneesha: I moved to LA to pursue my education at University of Southern California (USC), where I studied theatre and screenwriting. While in college, I became the president of the USC stand-up comedy club and I started doing stand-up comedy shows all around LA. Upon my visit to India during summer break in 2017, I got selected as the finalist on Queens of Comedy.

How did you land your first feature film after graduation so quickly?

Aneesha: I graduated from USC in 2018 and auditioned for a play in LA called Infidel by Christopher Vened; who saw my talent and cast me as the lead. The play ran for almost two months and I was spotted by director Bill McAdams, Jr. (of Gallows Road fame), who attended one of the shows. He cast me as the main lead in the coming-of-age feature film Bully High, which is currently being shot. Believe it or not, it was the first Hollywood movie I had auditioned for.

What plans for Bollywood?

Aneesha: Right after graduation, I had met Anurag Kashyap on his visit to LA as I helped him shop for his daughter. I took his advice on acting in Bollywood. He encouraged me to continue to act, do shows and constantly be creative, rather than solely attending networking events and socializing. I am glad I followed his advice and auditioned for the play Infidel through which I got cast in the feature Bully High.

Who are some of the people you would like to work with in Bollywood?

While studying at USC, you also made your own short films which won at festivals.

Aneesha: That’s right. I wrote and starred in The Dancer Girl, which was inspired by my life, as I created my own style of fusion dance, combining ballet and kathak. It won best drama short at Universe Multicultural Film Festival, Calcutta International Film Festival, best student short at Los Angeles Independent Filmmakers Showcase, and was the official selection at Feminist Media Film Festival.

What tips do you have for actors?

Aneesha: I think it is important for actors — and trust me I tell myself that every day — to be empathetic, good listeners, vulnerable and observant. I want to act because I can use this medium to express my emotions and tell inspiring stories not just because I can be famous. It is my calling and my desire to entertain people, so if one feels that way, then give it your all.

What’s next for you?

Aneesha: Right now, Bully High is on my mind. But, I am also writing a feature film with my writing partner about a North Indian family living in the United States, and I am being guided by Muzaffar Ali. I hope that this story can create an impact and bridge the gap between the east and the west.

Collaborating with Influencers is a critical component of marketing mix: Surbhi Chanana

I’m often taken lightly due to my age: Nikita Bhamidipati

My life has always revolved around food: Vishakha Bhuta

I’m often taken lightly due to my age: Nikita Bhamidipati

I like to understand what my audience needs: Erica Singh