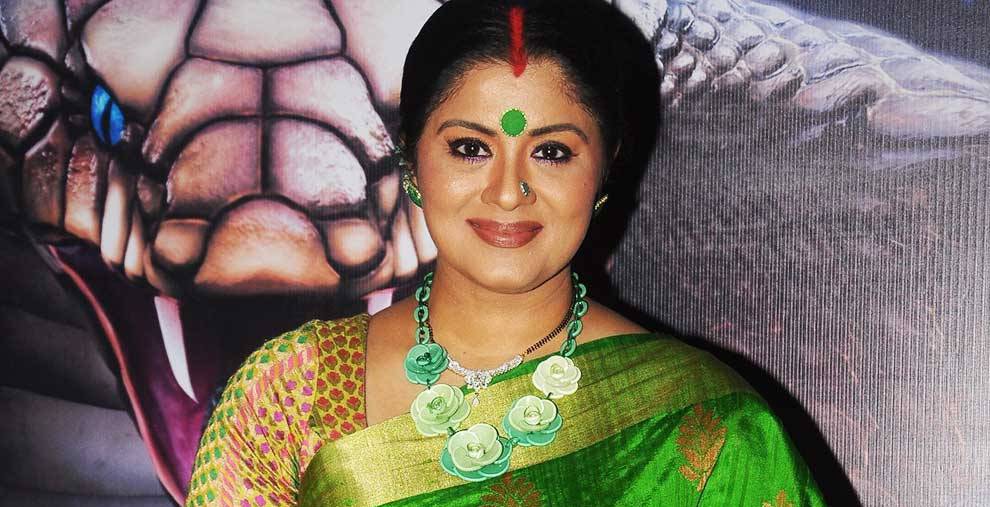 Sudha Chandran is a well accomplished Indian Tv and Film actress and a Bharatnatyam dancer, who despite of all odds have made her mark, no matter what obstacles came her way. In an exclusive interview with us, read about Sudha’s life up and close.

Playing Negative roles somewhat seem like your forte. What would you say about that?

Sudha Chandran: Well playing negative roles seems to be my forte, yes, but I never thought about it. Infact, when I used to do Nache Mayuri, Gopikishan Ji who is a kathak maestro told me once ‘Whenever Lal pathar is remade (the one with Hema Malini Ji and Raj Kumar Ji, in which Hema ji played a negative role), I think you should play Hema Ji’s role as your eyes have that aura to do a negative character’. I used to laugh at this and told him ‘Come on Gopi ji, how can Sudha Chandran (the next door girl image) play a negative role’. But somewhere they say as the time passed, negative came very easily to me. I don’t think everyone will agree with me but I have a personal feeling that there is a negative state in every person. May be because of our culture and upbringing, we try to push it to a corner of our system but when you play a negative role then it comes out like a volcano. And I am so happy that I have always done something different in the negative roles that I have played; Be it Ramola Sikand, Yamini or any other.

Your love for dance and acting is something that inspires people a lot. Which is the one thing between both, that you can never give up.

Sudha Chandran: Well talking about giving up dance or acting, this is actually for me asking whether I’d like to lose one eye or the other. Dance is very important as well as acting. I have never ever believed in the fact that you have to give up something to get the other. Like after marriage people said ‘Will you stop acting or dancing now?’..I have been married for 26 years now and I haven’t stopped doing acting or dance at all. So the question of giving up one for the other, NO NEVER!

Going through a tragic accident must have taken a lot of toll on you. How did you cope?

Sudha Chandran: Yes the accident really took a toll on me because it happened at a very young age especially when you have a lot of plans and you’re blooming up. You think that the world is the most beautiful place and all that’s going to happen to you is wonders.

That is when something unexpected happens, in the sense that when you lose a leg and the doctors tell you that you can’t dance or walk, everything starts losing sight. I literally started questioning that what is the point of me living then if I can’t do any of this.

Also one thing to mention, I never talk about my sorrows in front of other individuals – It’s just a battle between me and my god that I worship. I always asked him that at such young age or being thirteen what wrong did I do to undergo this tragedy; For this I have never gotten the answer till today. But then the inner strength that I had, kept pushing me to do things. To be very frank when I started dancing it was not for the society or for me, but for my parents. I just wanted to prove them a point that your daughter will still be normal and make all your dreams come true.

Which according to you has been one of the most challenging roles in your career?

Sudha Chandran: Every role has been challenging for me. When I started my career, I was not an actress but just  a dancer. For me Mayuri was a herculean task because I didn’t know anything about acting and the language too as it was made in Telugu. So for me, it was an alien language as I didn’t know what I was doing but thanks to my director who made me so comfortable during the shoots. And not only during this time, I learned about acting but lights. Today when I work with other directors, they compliment me for my screen presence as of how I manage to do the shot with such ease.

The second challenging role was of Ramola Sikand, which became an iconic role of my life. Because I remember when I was in Balaji and was being narrated the story, there was a big question mark on my face and I kept wondering and said how did Ekta Ji zero me into playing Ramola Sikand! As I mentioned earlier that I always believed in my next door girl image and the fact that I can never be anything beyond that; It was a big question for me.

Later, I somehow agreed and said may be I am destined to play this role and I was quite happy doing that.

Also, to be honest, when this role was actually given to me, at least for an hour I was taken aback and I asked myself whether I could do this or not. When I was pushed at the edge, then I took a decision to survive as I was jobless for almost 6 long years. I believed and told myself that this is my DO or DIE situation and I have to get through this. I also remember that during this time I had to sign a cheque for Rs 1 Crore and had no idea as of how many zeroes were to be put. So, I took Omi Ji (our director) to a corner and asked him whether he could tell me about this, since I don’t wanna make a fool out of myself. Also, there were times when I was criticised for my loud attire as Ramola Sikand and that is when I shared this with Ekta Ji; She told me to give her at least 6 months and see how iconic this character would become not just for its role but for the whole look too.

What’s next on your plate?

Sudha Chandran: I have just opened a new hindi play, ‘Kuch meetha hojaye’ which was premiered recently. I have got some fantastic response for the role I have played in it as a superstar and a dancer. It’s basically the confrontation of the generation gap between me and my daughter and how my husband has died and all she has to blame is me for his death; She believes I am the culprit who has killed her father. Apart from this, I am also judging a dance reality show on ZEE Kamal (Junior Dance Jr.) which is a beautiful experience. And not to mention but I am also doing a daily soap produced by our own Khushboo, who has gone from North to South. And yes many more interesting things are coming up and I for sure will keep you guys posted.  Just wait and watch!!

Related Topics:Sudha Chandran
Up Next