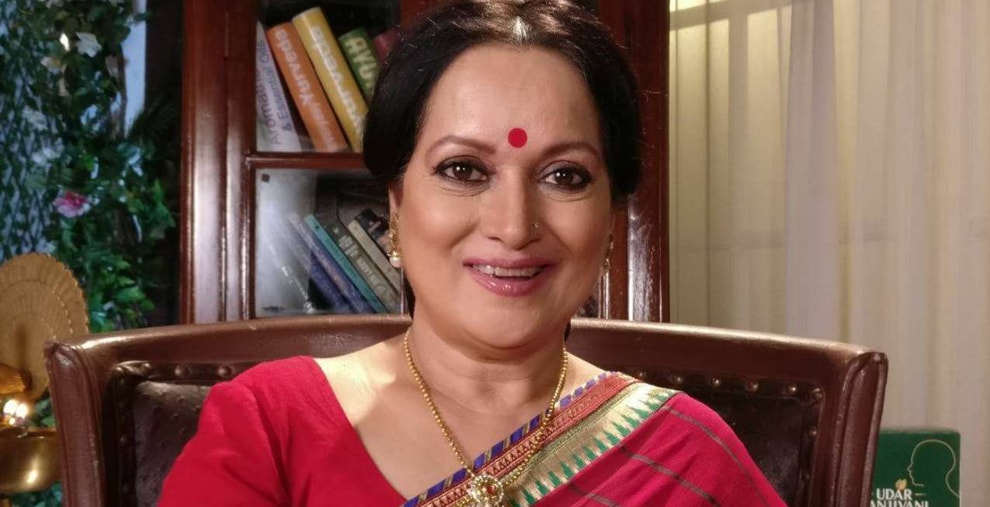 Himani Shivpuri, the woman who made her mark in Bollywood with different role kinds and is known for her most remarkable roles such as Rifat Bi in Kuch kuch hota hai and Razia in Hum Aapke Hain Kaun gets open and candid about her work life and journey throughout. The actress who gave up the American dream to become an actress!! She is currently seen on television show ‘Happu Ki Ultan Pultan’.

Tell us about your journey of becoming an actor.

Himani Shivpuri: My journey as an actor started in school. I used to do school plays and I was quite good at them, enjoying myself and winning all the prizes. But on the other hand, I was also good at studies and I took up science and did BSc and likewise went higher.

To note a fact that this was around 25-30 years ago, one usually couldn’t think of becoming a part of theatre or making acting their profession as it was looked down upon. But I anyway continued doing theatre as it was something I really loved and while I was doing my MSc. There were some teachers and students who had come and taken up a workshop, which is when I realised there was an institution named National School of Drama, which was training actors.

This is when I decided that I needed to go there. I had even won a scholarship to go to America to do MSc. and I gave my visa interview too. Later when I came home and told everybody that I was going to NSD, there was so much opposition. Gladly my father supported me, he said it was my choice. Also, during that time, NSD was the only institution that was giving 600 rupees as an apprenticeship.

Himani Shivpuri: I always look for unique roles because even in the film industry I know I had to survive as during the filming of DDLJ, my husband expired and I had a young son to bring up. I knew I had to survive but even then I always aimed for the roles that mattered and being an actor from National School Of Drama I tried to do justice to them. I am one of the few actors that resisted being typed and was known as female Anupam Kher because of the role choices I went for.

Which movie or soap opera has been one of your favourites?

Himani Shivpuri: My first show in which I got so much popularity; I remember that when I used to do theatre, people used to come and ask me about my profession. I told them that I did theatre and they usually replied ‘Apart from theatre what else’. But yes when later I started doing a show on Doordarshan then I didn’t have to tell anyone about what I did because then they knew. So yes, Humrahi and Hasratein have been my favourite.

Would you take up any reality show?

Himani Shivpuri: I was once offered to be part of Big Boss but I really found it uncomfortable because you know I’d be exposed in a way, if I’d be going to washroom or something like that and the cameras are always on your tail. Also, half of the show is usually scripted and since I am a private person, it’s kind of hard. I am an actor and I like to act, and show public who I really am. But yes, I once attended a reality show that was about Saas and Bahus; I and Aruna ji were there and not to mention that show was scripted too as we asked to fight in order to raise the TRP levels, which l really don’t fancy doing..so that was it. Mainly if I have to do a scripted show, then it might as well be a soap opera.

We haven’t seen on TV in recent sometime. What’s next on your plate? Any Bollywood project or TV?

Himani Shivpuri: Right now I am so busy with Happu Ki Ultan Paltan and I have been offered quite a few more roles but I couldn’t take up because of the commitment i have given to this show i.e. 30 days a month. But yes, one film that I did before this show is ‘Time Nahin Hai’ with Krushna Abhishek will release soon. So, when Happu Ki Ultan Paltan is set, I will be willingly taking up other roles on my schedule.

Related Topics:Himani Shivpuri
Up Next

Dalip Tahil: Not playing the quintessential hero never bothered me