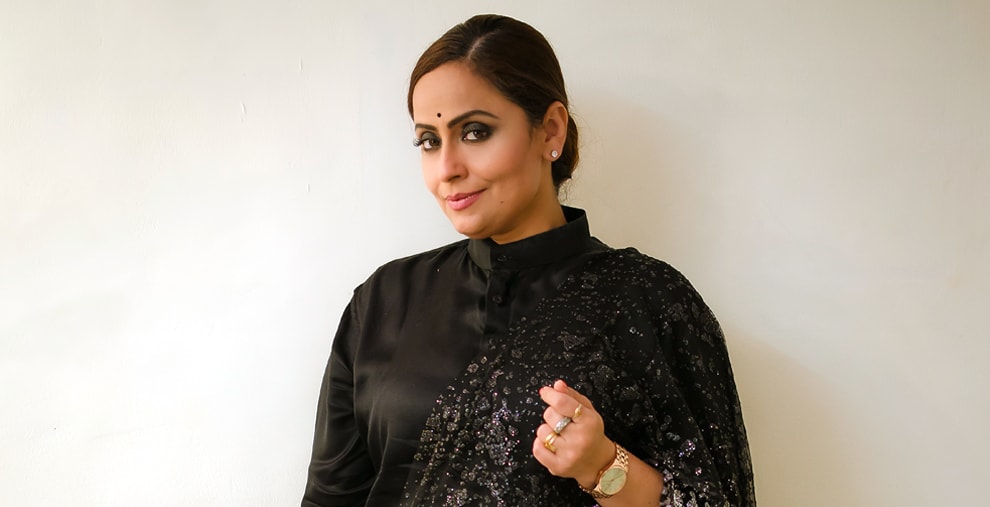 Popularly known for her role of ‘Geeta Vishwas’ in Shaktiman, Vaishnavi Macdonald has completed over 30 years in the industry. The actor who has appeared on different TV shows and films has also directed a small Youtube series recently.

Vaishnavi: That’s not true. I mean you can look at me, I have a career span of 30+ years from the age of 9. All the glory to God for that. It is him all the way. He has really helped me in all these years to keep working and keep getting fresher for new avenues and roles and to last this long.

There have been many remakes happening in the industry lately. If ‘Shaktiman’ is made again, which actor of today’s time do you see playing Geeta’s character?

Vaishnavi: I would still see myself playing the older Geeta, maybe she is the senior editor in the new story. And yes, Jennifer Winget has the younger Geeta prototype journo, maybe with another name. But yes she would be like the prototype of Geeta Vishwas in the new series. Because I think Jennifer has the spunk and wit. Moreover, she looks smart, strong and at the same time, she is very pretty. And she carries herself really well. So she would be suitable for the ‘Getta of today’.

You have also directed a YouTube series, how was the experience working as a director?

Vaishnavi: It was very nice working as a director. It was very taxing. I feel an actor takes a part of you but being a director takes the whole of you. You have to get involved in every character, play every character in your mind. You need to take care of every aspect happening around – background, editing, what’s happening on the set to the time constraints. A director is truly the captain of the ship.

I loved the experience and I loved the feeling of bringing life into something that I was passionate about, something you penned down.

Though I have directed a very small scale web series on Youtube as of now, I truly respect all the directors for the work they do, for what all they go through as I have realised what it takes to work as a director.

The series ‘Siyaapa’ – a drama of girlfriend and boyfriend story will soon be out after the IPL ends.

Describe your journey from being the diva of your time to now playing the character of a mother?

Vaishnavi: Even while playing a mom, if you look at my character in the opera ‘Divya Drishti’, they have given me the role of a ‘diva-like mom’. She is a woman of substantiality, a single mom who cares for her entire family and she is a business tycoon. Every attire, every look is unique and I really love the way they dress me up. So, I think life is a big circle – from playing a diva to portraying the roles of an ordinary middle-aged mom in shows like ‘Sapna Suhane’, to now again somehow playing a diva at this age. I have truly enjoyed the journey.

You have worked in TV operas and films both. What is one difference you experienced?

Vaishnavi: The basic difference while working in films and TV operas I think is that while working for television, you are mostly known by the character you play in a certain show. Like for me, it is ‘Geeta Vishwas’, I am eternally known by that character. And I feel that as long as I live, or maybe even when I leave this world, people shall remember me as ‘Shaktiman ki Geeta Vishwas’. But in films it is different, you are known by your names. So, somehow I have managed both, people generally know me by Geeta’s character but I come across people who even recognise me by my name. The meet me and say ‘Vaishnavi, you are Vaishnavi Macdonald’ and I tell them ‘Yes, I am’. Some people don’t know Macdonald, so they just remember me either by Vaishanvi or my earlier last name ‘Mahant’.

Also, on big screens, everything is so larger than life and beautifully shot and portrayed, but TV is relatively a smaller medium.

But for me, it is my character that I am playing. Be it films or tv shows. I feel I have to be honest and sincere to my character. And that is the most important thing for me. In the end, it all comes down to how you are portraying the character, how hard you are working and how true you are for your work.

Related Topics:Vaishnavi Macdonald
Up Next