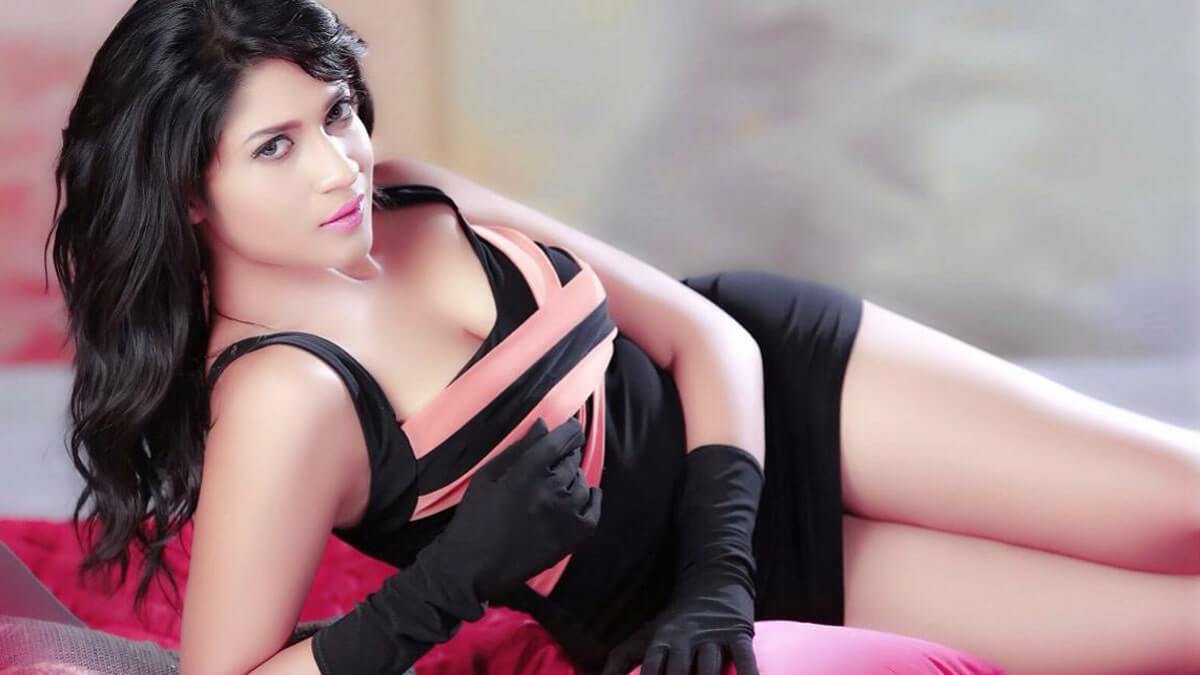 While talking to QNA, Iti Acharya reveals that it was since her school time that she was involved in dancing and theatre. After being enrolled in NIFT Bangalore, the actor turned into the model in 2010.

Her life took a major turn in 2012 when she was spotted by a sandalwood team who were looking for a fresh and enthusiastic actress for their next project. Acting in Kannada movies ranging from a thriller like ‘Guest House’ to comedies like ‘Deal Raja’, there has been no looking back for Iti since then.

Let’s see what the actor has to say about her career, choice, future plans, and more:

How did you get involved in acting?

Iti Acharya: I participated in theatre and dance right from my school days. I started modelling when I was in college. And, when I joined NIFT, people from the fashion and entertainment world began to recognise me and that’s how my journey started.

What projects are you working on currently?

Iti Acharya: Recently, I finished shooting for a Telugu feature film ‘Lakhan’, which is an animation based family entertainer.  I have also finished a few short films, one of which is called ‘Scream’. It is an English short film that talks about child abuse the film is also selected by the Jaipur Children Film Festival.

Which movie from Hollywood or Bollywood you would like to remake in Kannada?

Iti Acharya: We are making such good films in Kannada that Bollywood and Hollywood should make remakes of our film. For example ‘KGF’, can you imagine this movie with a Hollywood star…Naah! nothing beats ‘Naama Rocky Bhai’. It’s a good time to be in Sandalwood.

Tell us how things changed for you after you won the title Miss South India 2016.

Iti Acharya: I was already doing movies before I won the pageant. I participated three times before and finally won it in the fourth try. I was told that it was my utmost ambition and hard work that made me win the title Miss South India 2016. Winning the title surely got me a few more eyeballs from the industry.

You were a NIFT graduate, how did you get into acting? Was the process tedious?

Iti Acharya: I was a model even during my college days. I got selected by Prasad Bidappa for formula one grid girl. I remember that is when I began to get recognised by film industry insiders in Bangalore. I still remember I was auditioning for an AD and I got selected for my first film. One thing led to another and movies started happening. For me, getting into movies was not very difficult, but yes to survive and sustain and to make sure I keep growing with every project was challenging.  After all ‘You are your own competitor trying to beat yourself with every next move.’

One actor and director you would love to work with in the future?

Iti Acharya: I would like to work with Pawan Kumar sir, I think he projects actors in a very realistic way that audience start loving them… his subjects and overall presentation is simply mind-blowing. In actors, I would really love to be cast with Vijay Devarakonda.  Let’s face the fact he is the national crush right now.

Recently you walked for Abhishek Dutta’s Parole collection which had a social message embedded in it. Please elaborate on it.

Iti Acharya: When Abhishek asked me to walk for him, he told me it’s a pert-e-porter range – something which is like a Daily wear category, but when he told me about the concept of ‘PAROLE’ and the fact that this particular line has been developed by prisoners/inmates of correction homes, I was astonished. It’s like giving these guys a second chance to live. Abhishek trains these people for embroidery, weaving and stitching skills, which would help them to lead a respectable life and provide them with earnings once they have served their sentence which in turn would also keep them away from situations, which led them on the path of crime in the first place. I would like to encourage more and more designers to come up with such themes and give back to the society a sustainable and eco-friendly fashion. I feel honoured to be able to present one such great thought.