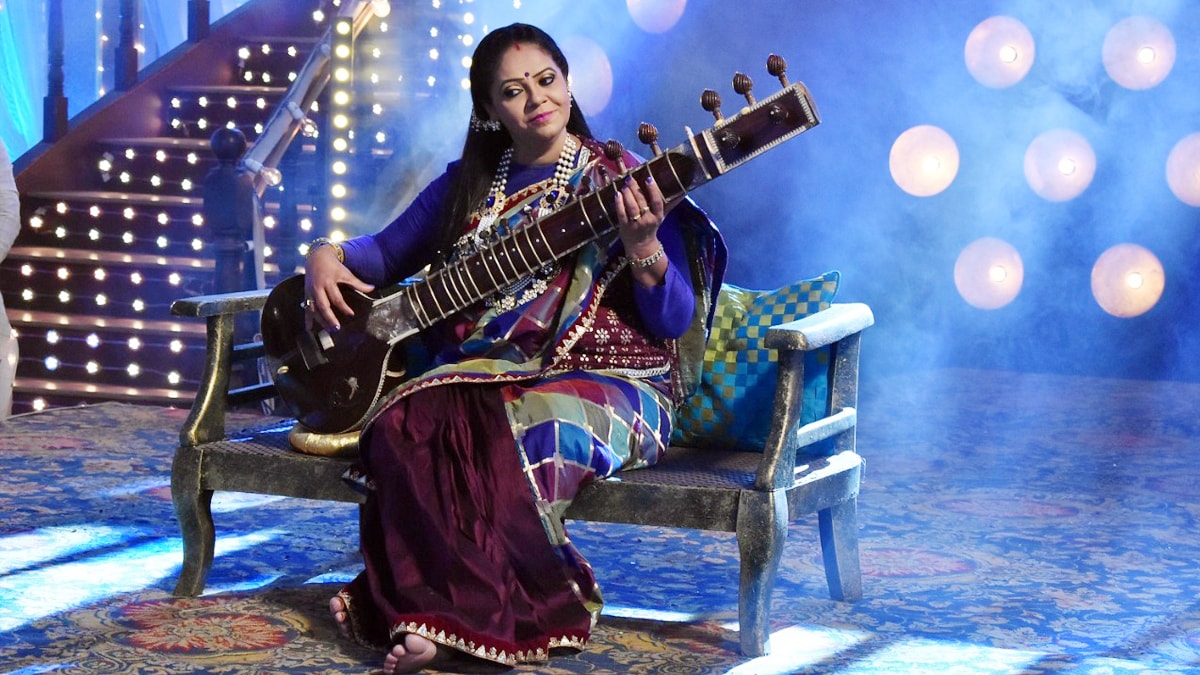 A specialised graduate from National School of Drama, Rupal Patel started her career in the Indian Television industry as Kokila in ‘Saath Nibhaana Saathiya’ for 8 long years. And right after that, the actor continued the role of Kokila’s twin sister Meenakshi in the show ‘Yeh Rishtey Hain Pyaar Ke’.

The actor, who believes in destiny feels that her former show has taught her a lot of things. And also a believer of destiny, Patel is confident that she will appear on the big screen when she is destined too.

When did you come to know that acting is what you want to do?

Rupal Patel: Since childhood, it was my dream to become an actor. I don’t know how it came into me, but it was just in me.

You have always been into ‘grey’ characters. Is there any particular reason?

Rupal Patel: I have never been into grey characters actually. My character in ‘Saath Nibhaana Saathiya’ – Kokila Modi was a very ideal, righteous and a very positive character. And even in the present show ‘Yeh Rishtey Hain Pyaar Ke’, Meenakshi Rajvanch is the head of the house, she always looks after the welfare and unity of the family, and whatever she does – handling business, home, family everything she does in the right way.

How did ‘Saath Nibhaana Saathiya’ help you grow as an actor, you have received many awards for that role, and how does it feel?

Rupal Patel: Well, the show indeed has helped me grow really well as an artist. And more than that, it has taught me all the different aspects and perspectives which an actor should have. Of course, I am a graduate from the National School of Drama and my specialisation we acting. So it was a big experience for me. When I got an opportunity like ‘Saath Nibhaana Saathiya’ I could actually get all the teachings and learnings in practical use. Therefore, definitely, as an actor when you shoulder a bigger responsibility and play a spine character in a daily soapy which runs for 8 years, it indeed teaches you a lot. This show has transformed me into a mature actor. When your hard work is being appreciated via awards, I feel really happy. And I receive the awards with happiness and a sense of responsibility because I feel if the audience is showing so much trust in you that means you have to keep on doing better and better every day.

Is there any particular similarity or difference between Kokila and Meenakshi? What is it?

Rupal Patel: There is a huge similarity between the characters. Kokila and Meenakshi are twin sisters. In the former show, it was Kokila’s inlaws and in ‘Yeh Rishtey Hain Pyaar Ke’ the story is about her sister Meenakshi’s own family.

Both characters are righteous and ideal. And for both of them the unity, love, care, the welfare of the family is very important.

The difference is that Kokila is very traditional in her way, while Meenakshi is modern, educated, a businesswoman.

When is the audience going to see you on the big screen?

Rupal Patel: As an actor, I truly believe in hard work, punctuality, professionalism, and destiny. And, I have been fortunate enough to do wonderful shows so far. And obviously the unconditional love I have received by the audience. So, I am working hard, but let us see when I am destined to get a big role and appearing on the big screen, definitely, I will be.