Dalip Tahil: Not playing the quintessential hero never bothered me 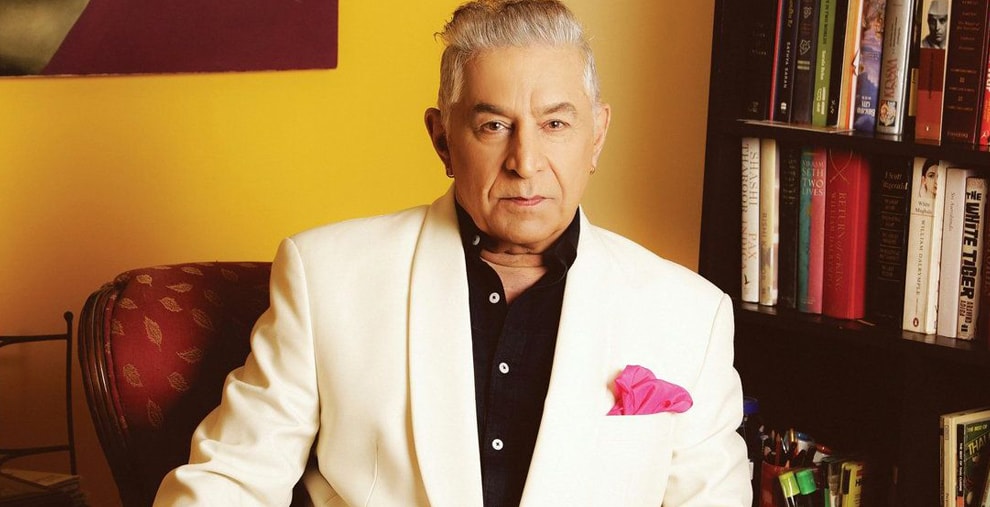 While everybody was in the rat race to become quintessential hero of the Hindi films, Dalip Tahil was happy playing the bold and strong characters- majorly that of villain. The veteran actor proved that being a blind sheep doesn’t guarantee positive results, rather it’s the talent and passion that drives you to success. In an exclusive interaction, Dalip talks about his decades old journey, how the new mediums of entertainment have increased the opportunities for actors and a lot more.

Though considered as one of the finest actors in Indian cinema, we couldn’t see you as the quintessential “hero” of the films. Do you feel that the industry didn’t do justice to your talent?

Dalip Tahil: Before I could enter mainstream cinema, I was a theatre artist where I was already playing such character roles that were central to the play. That is how I got initiated into this industry. The roles I played in my film weren’t the lead characters but were strong characters like in Qayamat Se Qayamat Tak, Buniyaad, and many others. I have done over 100 films so far but I believe it was Ravi Chopra’s – Aaj Ki Adalat that gave birth to my villainous identity on camera.

Back in the days, the quintessential hero had soft persona which meant romancing the girl, singing songs and such. I don’t know exactly why but I never got chosen for such roles. I was always offered roles with bold and strong personality and that too mostly in the negative roles.

Other than that, it never bothered me as such because I always went by the fact I had the strongest character and without which the film wouldn’t be the film it came out as. I also enjoyed doing Shyam Benegal’s Trikal immensely, in which I played a romantic Portuguese hero. But on the whole the concept of the ‘QUINESSENTIAL’ didn’t work for me as I was more happy playing such strong characters.

Web shows, movies, commercials and what not, you are always on your toes even at this age. What inspires you to keep working without a crease on your forehead?

Dalip Tahil: I have been an actor all my life. My journey began from the theatre and I feel fortunate enough that I am still recognized as an actor. My profession is my hobby and the job I do is not something which someone asks me to do. The enthusiasm sustained because acting is my passion. Age, on the other hand is always a number perceived in the head and I never feel a year older than 30 mentally because I enjoy the work I do.

Technology has taken us from the single screen to multiple new formats of media like TV and web. I feel extremely privileged to be the part of such new dimensional mediums which keeps me active and the passion for acting has only grown with every passing day.

Among all the projects that you are currently working on, which one is the most challenging and exciting? Why?

Dalip Tahil: All the roles and characters which I get to experience have their own challenges, be it in movies, TV or web series. Currently, my excitement levels are at the peak as we are venturing a Pop band that includes the renowned singer Shweta Shetty, Louiz Banks and his band. It is a completely new dimension which I will be exploring and something that is adding to my enthusiasm. This and with new projects pouring in, I feel really grateful.

How do you think the industry has changed over the years in terms of giving equal opportunities to actors?

Dalip Tahil: This profession has an unequal playing field like many other fields or professions. The graph keeps changing from time to time, so there is no concept of absolute equality here. Some crack opportunities that come their way while there are many who don’t. I feel fortunate that now even in my 60’s, I am still receiving offers and I am continuing to enjoy working. However, I have seen many whose careers faded away in their 20s and 30s. Things don’t get served on a platter, especially in industries that have cut-throat competition. One has to learn to be patient to establish one’s identity and sustain it through the years.

With rising popularity of web platform and other means of entertainment, do you think that you are getting to play more versatile characters than you ever did?

Dalip Tahil: Yes, absolutely! The web platform, without a doubt is the most popularly consumed media today. The good thing about the web series format is that it is delivered over multiple seasons which translate to more stories. The advantage of spanning content that can last for 10 or 20 hours gives the actor an opportunity to flesh out more and get firmly anchored into character. Also this format allows for a bigger cast and multiple character roles, which widened the scope for a lot more artists to come on board and created more jobs.

The viewership received by this new platform is vast. The same with a movie, even if it were a blockbuster, cannot hope to receive the same viewership reach. The internet has given access for the web based content to reach a bigger, broader and diverse set of audiences across the globe. Of course, I too have been its beneficiary and it has helped me gain recognition from audiences across various age groups and regions. The reason behind the success of this internet-entertainment platform is the personalization it offers to an individual and breaks all barriers.

Related Topics:Dalip Tahil
Up Next