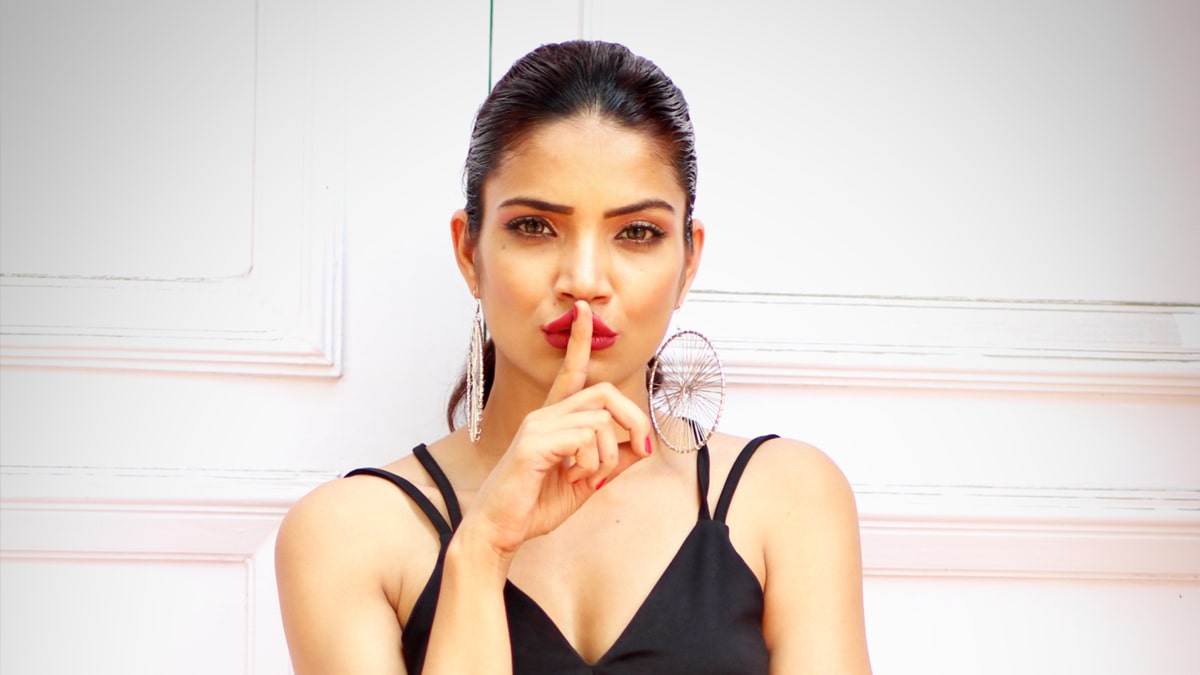 After trying her hands on different short films, series, films and much more to her credit, actor Palak Singh is now a known name in the industry.

The Gandii Baat fame speaks to QNA and shares what is more preferable – TV or web, how was her journey, how she chooses her characters, and a lot more:

You have worked on web and TV both – which one accepts you more and why?

Palak Singh: Being a versatile actress, I just want to explore every medium and show my acting skills to the world. Speaking in the Bollywood language, acting gives me a kick to live my life. Talking about choosing mediums, I think Tv and web, both the mediums accept me with open hands, and me being a hungry actress, just wants to grab it all to show my talent.

How did it (acting) start?

Palak Singh: Well, it started during my college, when I began participating in different modelling contests, which evidently sparked the interest and love for the camera in me. The small success there led me to an offer from a Gujarati Production company. Then, I went for several auditions and also participated in DID (ZeeTV) in 2013, where I got selected. I came to Mumbai, this magnificent city, for the first time. Here, I gave an audition and guess what, I became an actor in a span of a day.

It will be interesting to note, that I have never joined any acting class or had any theatre experience, I think it was just within me. My childhood with all the dancing put the ‘keeda” inside of me of expressing everything by face. Also, I am a great admirer of Madhuri Dixit.

But I would say it is not easy being an actor, once it starts, it doesn’t mean you get what you want. This journey is full of ups and downs.

How much does the length of a role matter to you?

Palak Singh: Acting is my passion and when I get a chance to prove it, I guess my work speaks louder than words. But I cannot deny that length of the role, my appearance on the screen do matters. Because I believe that with more time on screen, one gets more time to express the character he/she is doing as per the script.

And for impact on the audience, the character should be powerful.

What about you personally? Do you ever feel like you’ve been judged unfairly because of what you do?

Palak Singh: I believe every individual has their own mind-set but it’s up to me how I take it. Personally, every time when I get a good comment from the audience or my directors I feel happy but if by any chance I get any negative comment I take it as a challenge. Everyone has a right to judge but to be honest it’s up to you how you really take it.

How do you choose your characters? How do you prepare for them?

Palak Singh: An actor’s job is to explore new characters, which have a real impact on society. People look up to influencers and being an actress it’s my duty to choose a good character that has a good impact on society. When it comes to preparation, I give it my all my focus and sincerity towards my work.

What sort of acting roles will you be seeking in the future?

Palak Singh: There is no personal opinion of the kind of role I want to do. I am open for all kind of roles which touche my heart. If the character connects with me then I am very sure my acting capabilities will connect to mass.

What physical feature do you think is most attractive about yourself?

Palak Singh: My eyes. I feel they speak a lot and as it’s a major portion of acting where you express tons of emotions.

I feel my waist is very attractive as I truly believe the body is like a temple, you need to look after it like your baby. If I respect my body today, then only I can expect the same in return.

Related Topics:Palak Singh
Up Next