Masterchef Shipra Khanna: It is a lot of fun to innovate new dishes

I cook not to impress but to show love: Chef Dheeraj Singh

We are perfect as women: Reetu Uday Kugaji 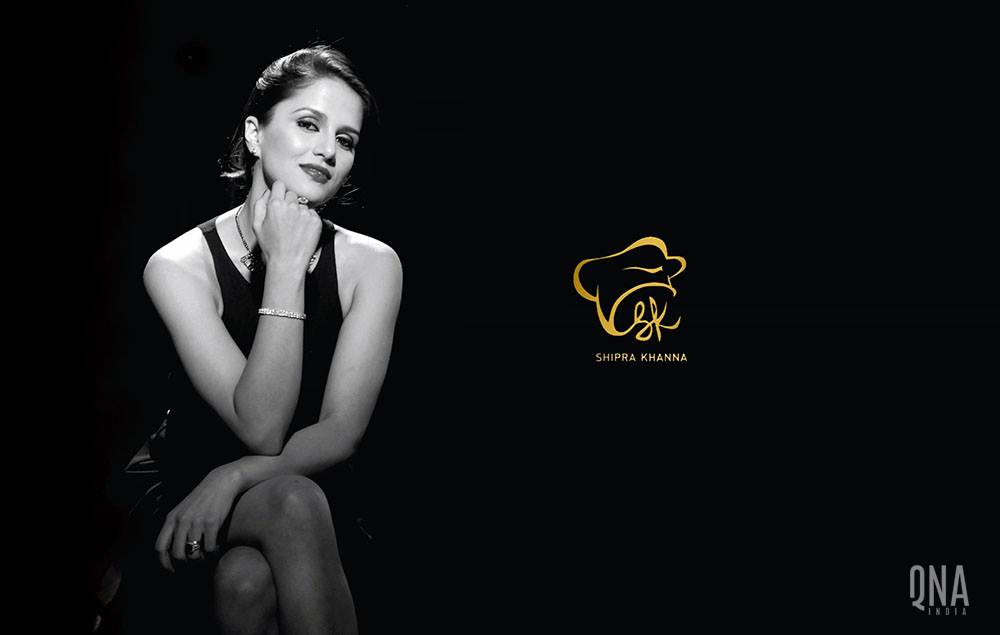 Shipra Khanna- a winner of MasterChef India II, consultant, chef, author and an anchor for TV shows has consulted restaurants in India and abroad. Her specialty is global cuisine, baking, desserts and fusion food. This young lady has been awarded “Women Chef taking taste beyond borders” by SAARC and SCWEC in Nepal and represents India. Shipra has been awarded “Himachali of the Year” and felicitated by the CM of Himachal Pradesh and Rotary International.

Excerpt from an interaction with Shipra.

If you could live anywhere on this awesome planet, where would you build your dream home?

Who has inspired you in your life?

Shipra Khanna: My grandmother, my mom, my kids and a lot of other people who have supported me in my journey till now.

Was yours a conscious decision to become a chef or did you find you fell into it?

Shipra Khanna: I was always fond of cooking and MasterChef gave my passion a great platform to turn it into my profession.

Of all the countries in which you have visited, which cuisine do you find the most exciting?

Shipra Khanna: That’s a very difficult question as it’s very difficult to zero down on one cuisine as all have their unique techniques and flavors which intrigue me a lot.

What is your favourite fruit and juice?

What is your favourite food memory?

Shipra Khanna: Lots of memories. Especially during MasterChef, where I had to created so many recipes under so much pressure.

Do you have any funny kitchen incident to share with us?

Shipra Khanna: When I slipped over the potato peels in the kitchen, when i was holding a basket of vegetables which fell on me! It was hilarious.

Before this flurry of success, did you ever have moments where you wondered if things would work out?

Shipra Khanna: I always worked hard and kept faith, yes there were moments of doubt but I never let it get the better of me.

How was your mother’s reaction on your winning in MasterChef India 2?

Shipra Khanna: She was on cloud nine. In fact, my entire family was very supportive, proud and excited and they still are!

How are you feeling about everything post MasterChef? Are you happy with what you’ve achieved in the kitchen?

Shipra Khanna: Yes I am. But as a human being it is never enough, the journey has just begun.

How was your experience working and learning with Chef Sanjeev Kapoor and Chef Vikas Khanna?

Shipra Khanna: They are the best mentors one can ever have. Extremely supportive and experienced, I have learnt a lot from them and still do as it’s never enough.

Can you tell us tittle bit about “House of Taste”?

Shipra Khanna: I consulted for the Menu and interior lay out and kitchen. The kitchen we made was superb.

What is your future plan and how about your own restaurant?

Shipra Khanna: Consulting with passionate enterprising young people to create unique concepts. My own restaurant will remain a secret till I am completely sure of the plan.

How difficult it is keep innovating new dishes?

Shipra Khanna: It is a lot of fun to innovate new dishes. I have always enjoyed it, though to come out with the right innovation can be challenging.

If you had just one wish, what would it be?

Shipra Khanna: To be happy and see others around happy!

Any diet chart for our young readers?

Shipra Khanna: I believe in a balanced diet, fresh and seasonal fruit, vegetables, nuts and a lot of liquids along with exercise are a good diet to follow. I believe every body type has different needs in food intake and diets if generic have limited results.

What’s the one thing you can’t live without?

Who do you dream about?

Shipra Khanna: Music to my ears

Who runs the world?

If you could time warp yourself to any point in history when would it be, who would you hang out with?

Shipra Khanna: Egypt at the time of Cleopatra

When would it be, who would you hang out with?

What is the most precious thing in your wardrobe?

What’s the most embarrassing thing you’ve ever done?

How long does it take you to decide what to wear?

So what does it feel like to be MasterChef?

Related Topics:Shipra Khanna
Up Next

I cook not to impress but to show love: Chef Dheeraj Singh