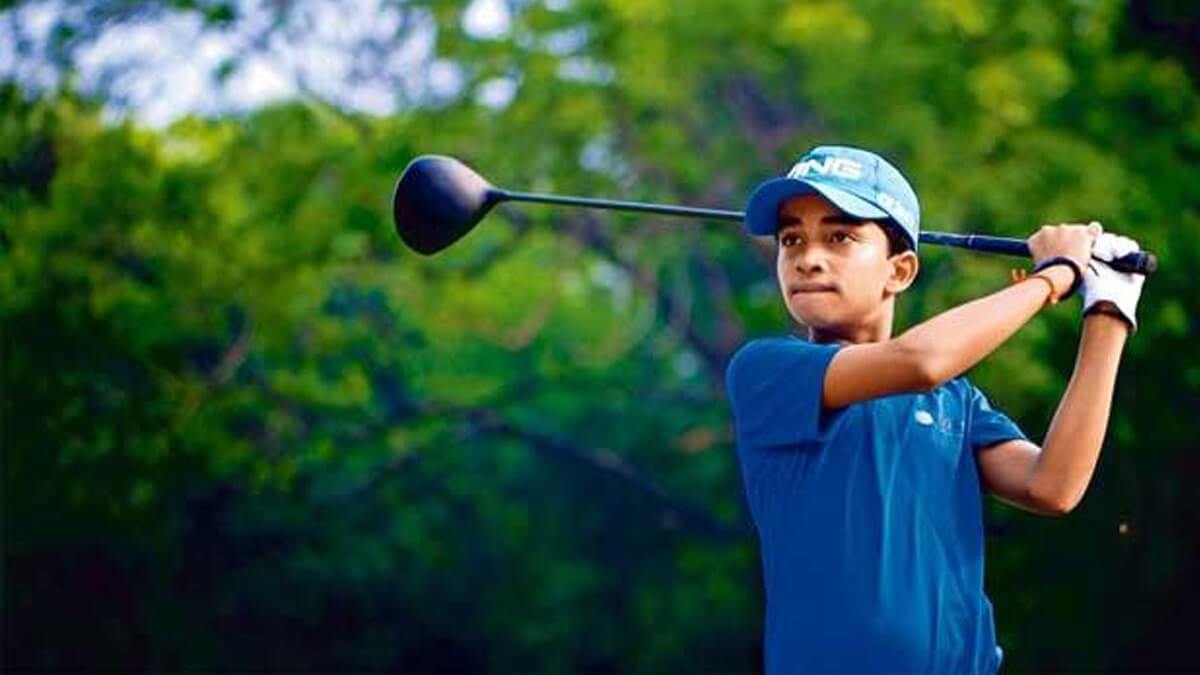 Born in 2004 in village Israna, Panipat district, Haryana, Shubham Jaglan is an Indian amateur golfer. Having a family background of Pehlwans, and father being a milkman, surely Jaglan’s journey is a roller coaster ride. The winner of Junior World Golf Championships 2015, talks about his inspiration, his family’s reaction, how did he manage the expenses and much more.

Being raised in the family of wrestlers, from where did you get the inspiration to play Golf?

Shubham Jaglan: I was only 5, when an NRI opened a golf academy near Israna, Panipat (my village). My grandfather was the one who brought up the name ‘Golf’ in our house. Nobody in the family had heard of the sport even. He was the one to insist that I should try the sport. He said if it didn’t work out, we could always fall back into wresting. That was my first meeting with golf. After that, it was just natural attraction to the game, everything about it was so fascinating for me. I just loved being on the field and competing.

When did you decide you want to pursue the sport as a profession? How did your family react?

Shubham Jaglan: I started playing tournaments soon after the academy shut down, which was only in 2 months after people realised how expensive the sport was. When I was 6 or 7, I started playing and winning almost every tournament I played in. The Golf Foundation spotted me due to my performance. The scouter for the Foundation at the time Mrs. Nonita Lall Qureshi, who is now my coach came to my village to meet me. She has been one of my biggest supporters and one of the most important people in my success. Mr. Amit Luthra, the founder asked me to move to Delhi to get better facilities. This was when I decided this is what I wanted to do, and I was willing to go where ever golf took me. My family wasn’t very supportive at first, but seeing my performance and passion for the sport, my parents stood by me during this time and left everything just for me. This was probably the toughest decision we had to make because at that time we didn’t have any guarantees of success.

As Golf is an expensive sport, and considering you come from a relatively small town – were there any fears of how the training will be managed?

Shubham Jaglan: In the beginning, I used whatever resources I had – I would watch YouTube videos for coaching and practice in the farming fields. The owner of the academy gave me some hand-me-down clubs that I used to play. Then when I came under The Golf Foundation, they got me playing rights at The Delhi Golf Club – who have been very supportive. Then they got me admission to the Laxman Public School and have taken care of all other expenses I needed.

What is one thing that Golf has taught you in life?

Shubham Jaglan: The biggest thing it has taught me is to never give up on yourself. If you trust the close ones around you and keep going through thick and thin, the right people will come around and you’ll surely succeed.

What would you like to suggest all the youngsters who want to pursue sports (particularly Golf) as a career?

Shubham Jaglan: To any youngster who wants to pursue golf, or any other sport, I think the biggest requirement is that you love it, have a fire inside you to succeed and have that passion for it. Sports, from my point of view is something which is almost like a religion to its followers and players and its driving force is the passion. After that, you just need to work hard, find the right people and focus on your body, mainly your fitness and diet, both of which are mostly lacking in Indian sportspersons.

How is your recovery going on?

Shubham Jaglan: I previously had multiple stress fractures in my lower spine due to which I could not play for almost a year. Now the injury has healed and I’ve been working intensively with my trainer Sandy Parihar from the Kination Performance Studio and my dietitian Shah Fahad of Adam’s Genetics as well as Dr. Ravindar Kumar of the APRC Healthcare who is my physiotherapist. Our goal has been to gain muscle and get stronger to protect the body and we’ve been successful so far. These three people have been the driving force of my recovery process. My part has been following their guidelines and their support has been immensely helpful.

How is Kination Performance Studio helping you in golf specific rehabilitation?

Shubham Jaglan: I met Mr. Parihar of the Kination Performance Studio a few years back and he’s been immensely helpful in improving my body and fitness for Golf. He’s been the biggest factor in my recovery these past few months. We’ve been working on correcting muscle imbalances and mostly improving strength to support the changes I need to make in my golf swing to avoid such an injury again.

How did you feel when you were not able to play golf after your injury? What was your routine?

Shubham Jaglan: It was tough. I missed the travelling and preparing for tournaments mostly. But I had the right people around me. Mr. Parihar and Mr. Kumar along with my parents kept my thinking positive. We broke the process down in small parts and kept our focus on those small goals. My schooling kept my schedule busy and it was nice to attend regular school. My routine was waking up, going to school, coming back past 3, and doing homework or preparing for an exam. A few months late,r I started rehab so that it can keep me busy as well.

When do you plan to get back to playing competitive golf?

Shubham Jaglan: My whole team is happy with the progress I’ve made. We’re very close to where I can play competitive golf again without hurting myself. Working with my coach Mrs. Qureshi and Mr. Parihar, we’ve spotted the mistakes in my golf swing and have been working to fix them on the golf course as well as the gym. We’re planning to start off with a junior event at Jaypee Greens. If not, then I will start amateur golf (open to all ages) again with the second season starting next month.

Saura Panigrahi, a serial entrepreneur from Odisha, with business spanning across India. A brand consultant and founder of an award winning sports start-up is known for his stellar worksense and shrewd business acumen. He is the content mastermind at QNAIndia.com.