Story of a self-proclaimed "verbal prostitute"! 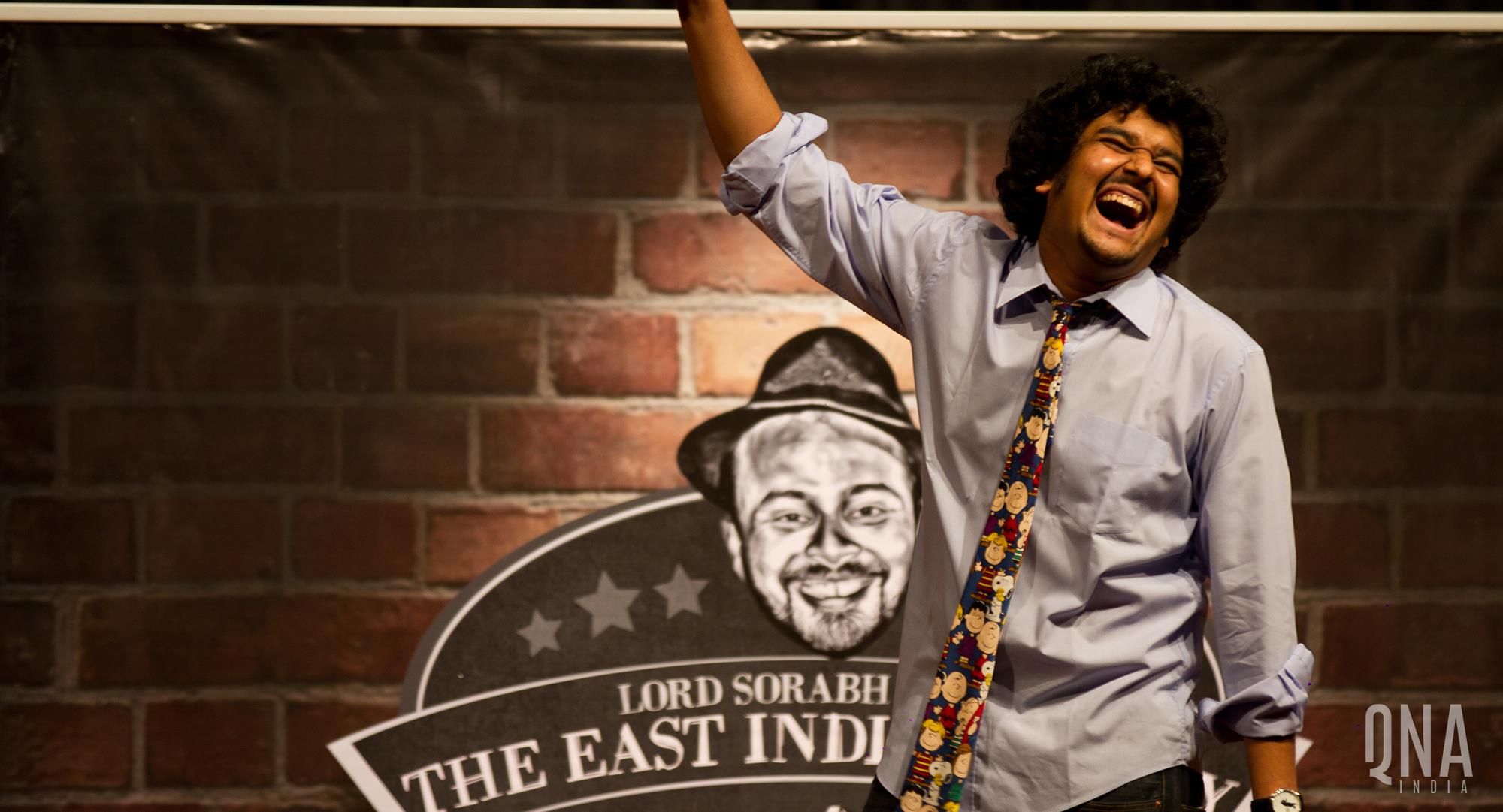 Shahil is one of the founding members of East India Comedy. He’s performed over 600 shows and counting, including performances in New York, London, Singapore and Dubai. Here’s excerpt from an interaction with Sahil Shah.

Sahil Shah in his own words.

Sahil: Sahil Shah is a muscular, tall and incredibly handsome comedian, in his dreams. His off-center one liners have taken his comedy across the country, with shows in over 20 cities. He’s one of the founding members of the comedy company, East India Comedy and is a regular at the Comedy Store where he can be seen window shopping. He’s considered one of India’s most promising young comedians… Honestly…God….Promise.

Tell us something about your profession?

Sahil: I’m a comedian which means I make people laugh for money. I’m more of a verbal prostitute.

Who is your inspiration?

Sahil: I have a ton of inspirations. My biggest inspiration is and always will be God. He has some brilliant jokes. I love his routine where he creates the audience and then destroys them and then again recreates them. He’s been doing his bit for years actually. I want to be his opening act someday.

Did you always wanted to be a comedian?

Sahil: Yes. I’ve always been the funny kid in school and when I realized I get money to be funny (that rhymes) I was quite excited and said ‘Let’s do this’.

What is the most challenging part about being a comedian?

Sahil: The most challenging part is being constantly funny or finding the funny things out of something that’s absolutely serious. It takes a lot of time to develop a joke and more importantly a lot more time to develop confidence and a personality for stage. Plus you have to spend hours in front of the mirror seducing yourself because nobody else will care for you.

What is currently your favorite stand-up special/DVD to watch or one you laugh the hardest at?

Sahil: There are quite a few specials that I like. One of my favorites is actually anything with Eddie Izzard in it. I also like watching Danny Bhoy and Louis CK. I LOVE HIM. (Almost on the verge of having babies type love)

At East India Comedy, how is your experience so far?

Sahil: The experience has been brilliant. I’m one of the founding members of EIC and I’ve seen the company grow. We have created more opportunities for comedians across the country and have introduced comedy to cities that never had it. Plus the whole bunch at EIC is a nice and fun group of people to work with and I would give my life for them (Just kidding I’d buy a corpse and give it instead). It’s great fun working with like minded people and when you’re a comedian it’s just jokes and jokes everywhere!

Apart from Comedy, Travelling is your passion?

Sahil: Not much. I prefer just sitting at home and sleeping. If I do travel I visit other places and see the scenery and then sleep.

What is the first scene comes in your mind when you hear “Young Hindustan”?

Any message for us?

Anveshi Jain would give up everything for acting