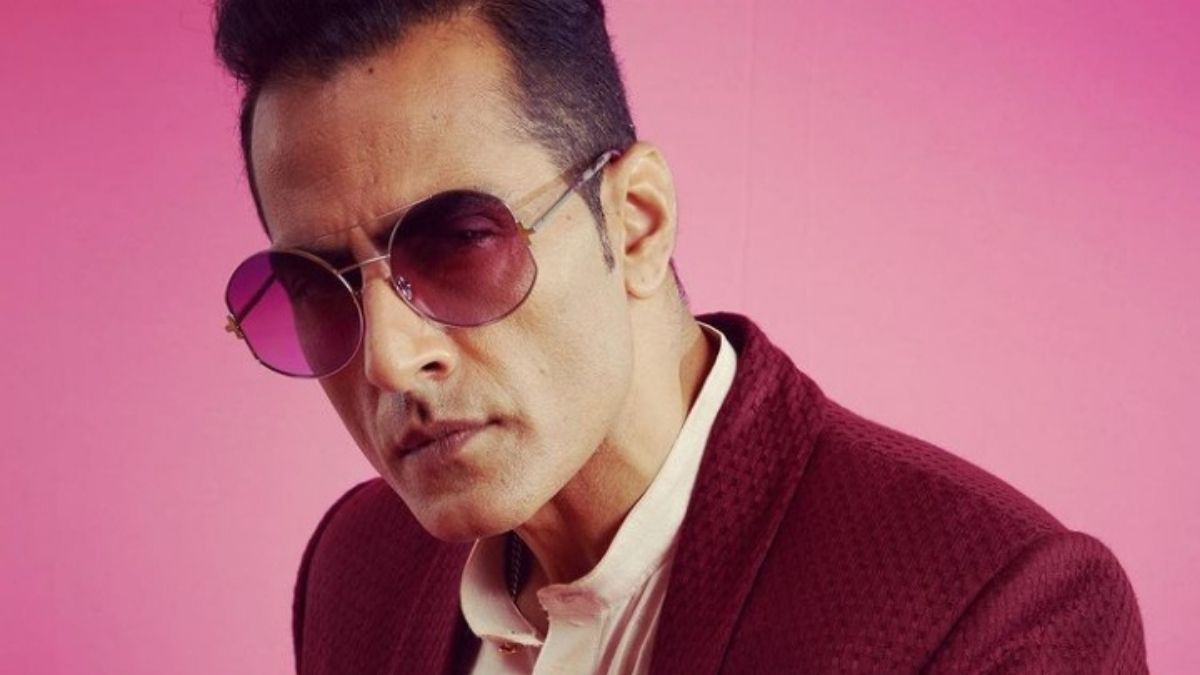 Sudhanshu Pandey, aka Vanraj Shah of Anupama, who has become a household name in Indian families, is not your regular hero. You can love him or hate him, but you definitely can’t ignore him, and that’s what makes his character so unique. However, Sudhanshu has been recently making the headlines for revealing his dream!
The actor has come out as the voice of the entire television fraternity, demanding an equal opportunity as he asks, “Why don’t we have National Awards for television?”

In a brief conversation with QNA India, Sudhanshu gives us an insight into how his one thought-provoking idea is all set to make a revolution for the television fraternity. He also gets candid about the response his role has been receiving, read on…

Q.1) How did the thought of having an equal opportunity for the television industry, to hold nominations in the National Awards strike you?

Sudhanshu Pandey- Exactly 16 months back, I was roped in for Anupama, which turns out to be the very first daily soap of my life. While working in this atmosphere, I noticed that television is the only industry that has the competence to function 24/7, just so that they can provide entertainment to their audience. Even during the pandemic, we were shooting constantly while the theatres and films were shut down. Call it the technicians or the writers, the creatives or the spot boys; this industry is also successful in generating employment opportunities for millions of people. These individuals are working continuously for 365 days and their diligent efforts provide non-stop entertainment to our audience. Whether it’s a period drama, mythological show, fiction or reality; entertainment is generated in bulks daily.

As a child, I have grown up watching Ramayana and Mahabharata, which had a major impact on the lives of people across the country at that time. These shows held the power to convey the message of values and culture and they also brought in positive changes in the society. Well, this has been the power of television! When we talk about the impact Indian television has on the lives of people, I feel this industry has been at it for the longest time. Even through Anupama if you see, my role as Vanraj possess a grey side or we can say a human side, whereas Anupama’s role is portrayed in a way that connects to the audience in a very impactful manner. The writers have been doing justice with the dialogues and giving out messages that are hitting the right chords. Our serial brought in a change of how we perceive women’s role as that of looking after the kids and family, to women being the epitome of strength. When such messages are conveyed through the serials, when the medium of television fraternity has this power, influence and strength, why hasn’t Indian Television been recognised or is been given the recognition that it truly deserves?

When a film can get a National Award, or Bollywood celebrities can bag prestigious awards like Padma Bhushan, why can’t we as an entire fraternity, hold equal opportunities? I think what television does is similarly striking and I feel it deserves recognition. Hence yes, you can say this was something that provoked my thoughts and the campaign idea came out as a brainchild of mine.

Q.2) How do you plan to propagate your campaign for equal recognition of the television fraternity?

Sudhanshu Pandey- I have started shooting some short videos, where I’m talking about my thoughts on the very same. While these videos have already started creating a buzz on social media, news channels and publications are also helping me put across my thoughts to the common people. On the other side, with the help of my team and friends, we have also got the campaign designed and in the coming days, we will be launching a full-fledged campaign. I’m planning to propagate it further slowly and steadily and let it gain momentum in such a way that it opens the doors for us to reach out to the Information & Broadcasting Ministry and the Prime Minister of India.
As this campaign is going to be a proper legitimate process, we will make sure that the government takes notice of our efforts and also accept our proposal of creating an opportunity like this for the Indian television industry. We are very positive about the entire process.

Q.3) What kind of response or support are you receiving from your friends and colleagues from the television fraternity?

Sudhanshu Pandey- I haven’t approached anyone specifically as of now. But yes, with the progress of the campaign I will seek the support of my friends and colleagues. This entire campaign is going to benefit the television fraternity as a whole, and I feel now it’s high time we contribute towards it. We have to demand equal opportunities, by coming together and bringing in a revolution.
I still feel that these reforms could have been done a long back, but maybe no one saw that television deserved such recognition too. However, now I’m very confident that our dream for equal opportunities will be fulfilled through the campaign, which will be successful in creating history. There’s no chance of looking back now, I will make sure this gains momentum with the support of my friends from the fraternity and media as well.

Q.4) Are you willing to approach anyone from the film industry?

Sudhanshu Pandey- Yes, why not? The more the merrier! I would love to approach a few friends of mine from that industry. Whoever is willing to remove a couple of minutes for me and just land me a supporting hand is always welcome. I also feel that a word put forward from their side too would help the campaign flourish.

Q.5) Do you feel that the television industry is still somewhere looked down as a smaller platform for recognition of talent?

Sudhanshu Pandey- Yeah, somewhere I feel this is one of the reasons why we need recognition for Indian television. A lot of people wouldn’t want to accept this, but it’s a fact that the television fraternity has always been slightly looked down upon. I won’t say everyone treats it unequally, however, yes, there has been a certain section of the industry that feels that this is a smaller platform for budding talent.
Today, if you look at the growth rate of television, it is all set to surpass the previous records. Specifically, after the pandemic, Indian television has proved it is worth it and has started gaining respect even from those who never considered it as a form of industry. There are a lot of celebrities who didn’t get the right opportunity in the film industry but are the shining stars of television screens today. The power of this medium is vast and crazy! So yes, we will soon resolve this issue.

Q.6) What is your opinion on those television celebrities who leave behind everything and move forward to the bigger screens?

Sudhanshu Pandey- I think every talent who comes into the industry dreams to start from television and then move forward to the bigger screen. In our industry, many define success as being a part of the movies, which is not wrong. However, not everyone aims the same. There are a lot of television actors who are very content with their work, hold massive fan following and still wish to continue the same. I know people who don’t plan to shift their careers to movies simply because they admire the fact that television offers a vast range of scope for individual talent.

Q.7) How do you feel about Anupama ruling the television industry and the fan base that your role has received?

Sudhanshu Pandey- Honestly speaking, I didn’t expect that the response would be so phenomenal. I knew that success would follow this show for its unique and powerful storyline. We were also very confident that the emotional aspect of each character would help the audience connect with us on a sentimental note. But the range of audience that appreciates the show is something we could have never thought. Not just one section of the society, but Anupama has been successful in crossing the international borders and people across the globe are loving the show. We were shocked to know that even little kids and teenagers were rooting for their favourite characters!

Talking about my role, I kept my mindset very neutral. If we see, Anupama is the only serial on Indian television where the hero is not a typical hero but someone who possesses a vibrant grey shade to his role. Before I began shooting, I didn’t think much about how people will react to my character, but I was astonished to see the response Vanraj received. The audience loved the personality of the character but at the same time they hated him, and this was what we aimed at! So yeah, it feels amazing, that as an actor whatever efforts I’m making are going in the right direction.

Q.8). Apart from Anupama, are there any other projects that you are looking forward to?

Sudhanshu Pandey- Anupama is not my last project, there’s a lot more that I aspire to do. However, as of now, I’m committed to the show. As the lead actor of the serial, I’m given a lot of responsibilities; also that the show is doing phenomenally well, I don’t see myself taking up any other project. But yes later, as destiny guides me, I will look to bring only the best for my fans and supporters.

People have labelled me a lucky actor and I’m very happy with that: Pankit Thakker

Disha Deepa Jani is a graduate in Journalism - Mass Media. A media enthusiast who has a strong hold on communication and content writing. She is a passionate blogger who understands the power of words. Disha is currently working as a Senior Journalist at qnaindia.com.