Tarun Gupta: Our core vision for Ultimate Battle is to bring a revolution in the Esports industry in India

CEO of Sankey Solutions, Suhas Patil, sheds a light on how they built a multi-million-dollar business by hiring graduates from rural Maharashtra

I am born to design jewellery: Voila Kapoor Aditya

Too much of anything is bad: Dr Aarti Dahiya on giving freedom to children

Janmashtami will be celebrated on August 12th: Dr. Aarti Dahiya tells why

Brothers should face the rising sun: Dr. Aarti Dahiya on the astrological and Vastu positions for Rakshabandhan festivities 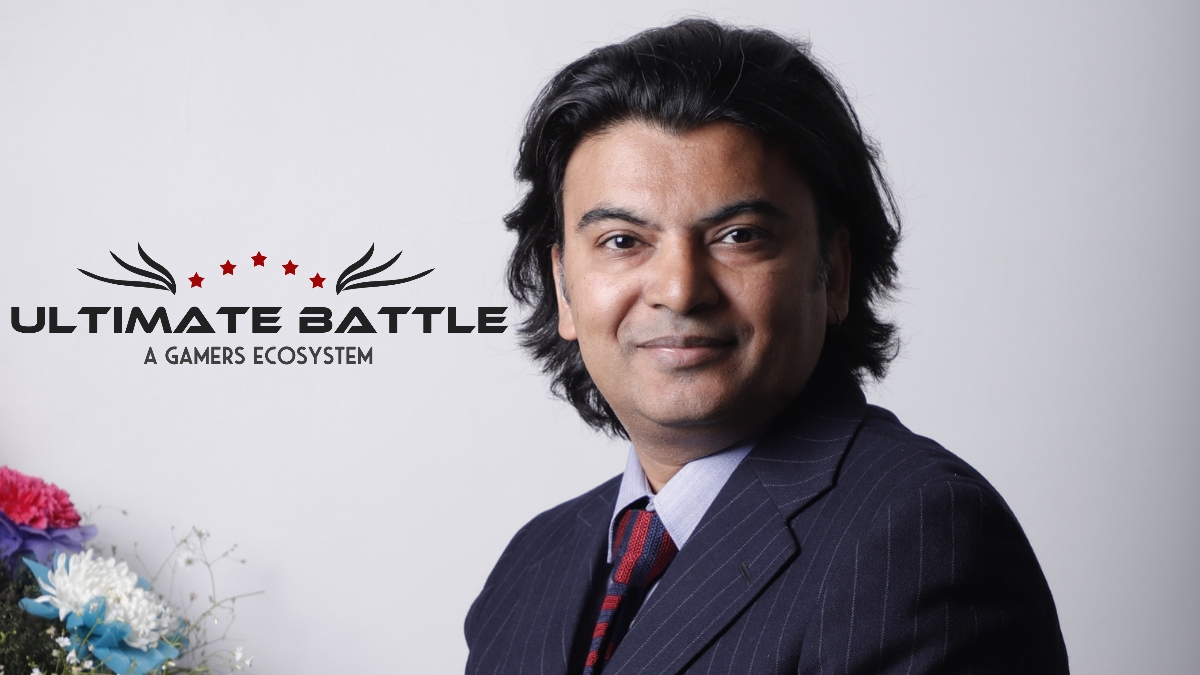 The Founder at Ultimate Battle, India’s first ever online esports platform, Tarun Gupta is a digital marketer by the day and esports fanatic by night. With over 20 years of experience, he is an esports Evangelist, Hustler and a Digital Marketing Veteran. Ultimate Battle is the result of Tarun’s dream and determination. It is his innovative & marketing gimmick that Ultimate Battle, as an esports ecosystem also caters to the Esports community with Gaming News, Content and E-commerce portal which currently no other homegrown Gaming Platform is doing in India.

QNA India got into a very detailed conversation with Tarun Gupta on the online gaming platform and more. Read on….

As India’s first-ever online esports platform, what does Ultimate Battle hold for gamers?

Tarun Gupta– Ultimate Battle is built as an Esports platform that allows players to Connect and  compete with each other.  Following are the key elements of the Ultimate Battle:

•Free to Play and Paid Tournaments: Players can play in both Free and Paid matches and Win rewards accordingly.

•Gaming news: Players get access to recent Gaming News and trends in the Esports industry.

•PAN India League: Ultimate Battle has launched All India Esports League which is aimed at providing a centralized platform for gamers from all over India to compete and showcase their skills.

Would you like to give some insight on the upcoming edition of the All India Esports League?

Free Registrations for the League is now live. Registered players will compete in Online Qualifiers for their favorite Games, where selected top players will advance to the Finale Event stage.

Do you feel that pandemic has contributed to the growth of Esports on the platform?

Tarun Gupta- During the Pandemic, esports got much-needed exposure. Our platform also witnessed an incredible great shift in gamer’s engagement behavior. Since the Gamers  stayed at their homes during the pandemic, gamer participation on the platform increased by over 21%. Our analytics show a dramatic spike in  the number of user acquisition and monthly active users during the period.

Work from home during pandemic offered our team an opportunity to focus on the product. We tapped the potential and evolved dramatically on that front too. During the lockdown period, our team rolled out some great features for gamers. The platform gained over 2 lac users during the pandemic.

What is the mission and vision behind India’s first-ever homegrown one-stop online esports platform?

Tarun Gupta- Ultimate Battle’s mission is to build a platform where gamers playing popular Esports titles meet and indulge in competitive gameplay for award and recognition.

Our core Vision for Ultimate Battle is to create an ecosystem for gaming communities to let them connect, interact and compete to revolutionize the Esports industry in India.

In light of this, we are about to launch “Organizer Space” on Ultimate Battle. The service will provide tournament organizers a dedicated platform and all essential capabilities to organize and manage esports events in a hassle free manner.

What are the upcoming gaming trends or opportunities in the online gaming market in India?

Tarun Gupta- The esports sector in India is growing at a tremendous pace. Mobile Games that once played for fun and frolic are now being played professionally for recognition, titles, trophies, and cash rewards.

The industry is looking forward to several key trends that will drive the growth of the Indian Esports industry in 2021 and ahead.

These are some key trends that will be the driving force for the Esports industry:

•Mobile gaming: India is a mobile-centric market and the number of gamers playing on mobile devices will keep on growing in the coming years.

•Esports Platform/Leagues: Competitive gaming has become widely popular and the credit goes to top league organizers and esports platforms catering to the requirement of gamers.

•Content creation: In the gaming arena, content has always been the king. As we have seen in the past a lot of content creators and streamers have made a lot of money and fame by playing Esports. We are expecting a whole new breed of content creators cropping up to take gaming content to the next level in India.

Do you feel there are any major challenges in the same industry?

Tarun Gupta– In India, people still consider Esports as any other game that they can play using their mobile phones. The government should take necessary steps to categorize and define Esports as a separate gaming entity and create regulations to govern this industry.

The Government should also come forward to recognize Esports as a real Sport and wrap it under the sports framework and policies. This will help the Esports industry to grow further and change the general perception about Esports.

What according to you can fuel the growth of the esports industry in India? How?

Tarun Gupta- As per industry reports, India currently has around 365 million gamers across mobile, PC, and console. The number is expected to reach 410 million by the end of 2021 according to industry estimates. This growth will fuel the growth of the esports industry in a whole new way.

Recognition of Esports as a separate gaming category and bringing it under the Sports legislations and rules will give the Indian Esports industry required impetus and growth.

What are your Top 5 esports title games on Ultimate Battle as per engagement?

Tarun Gupta– The top 5 games on the platform are dominantly mobile games.

How has been the user base response to the recently launched BGMI on the platform?

Tarun Gupta– Our audience has adopted the BGMI very positively. BGMI has become the top game on our platform in terms of engagement within six days of its launch.

Any message you want to deliver to the game enthusiasts in India?

Tarun Gupta– If you’re a budding talent and want to make it big in the Esports industry, Ultimate Battle provides you the ground to nurture and support your skills. You can sign up now on Ultimate Battle to experience esports at its best.

Playing online lottery is easier than buying a ticket from the shop, says Vasudha Dewan, Editor of LotteryGuru.in

Disha Deepa Jani is a graduate in Journalism - Mass Media. A media enthusiast who has a strong hold on communication and content writing. She is a passionate blogger who understands the power of words. Disha is currently working as a Senior Journalist at qnaindia.com.