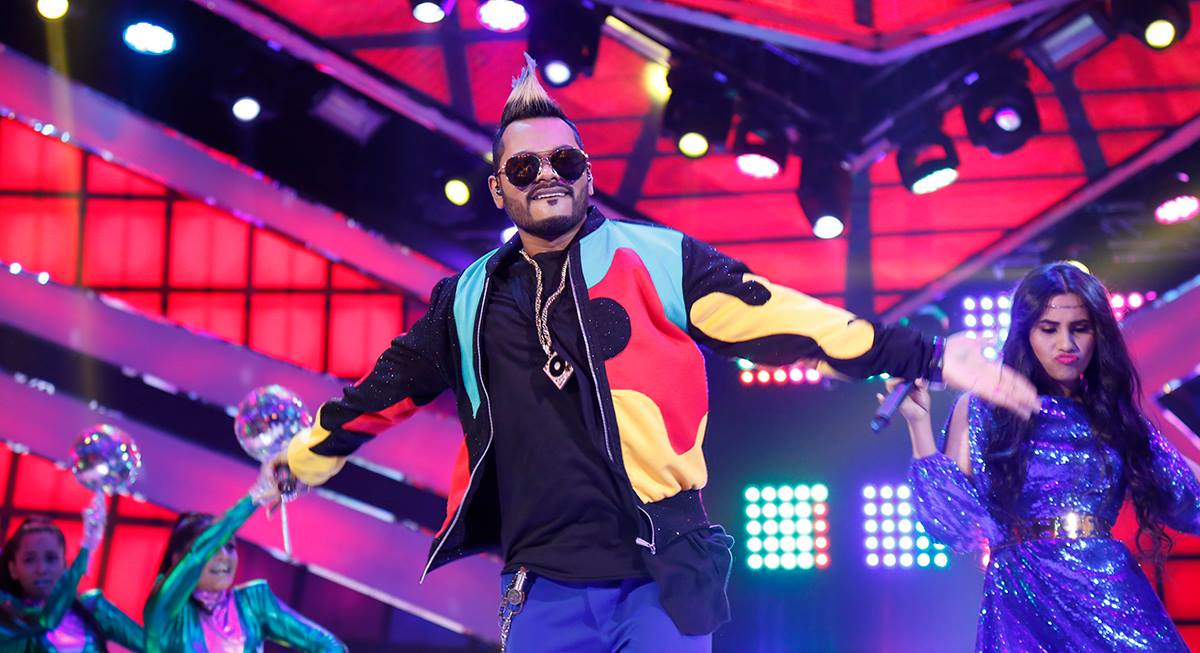 Thomson Andrews is a singer/performer on THE REMIX show airing on AMAZON PRIME VIDEO. An Indian RnB, Pop, Soul singer, songwriter, an excellent entertainer, one of the newer contemporary Indian playback singers, recording artist and actor. Here are few excerpts from the conversation:

Thomson, tell us about your journey. How did you discover that music was something you wanted to do?

Andrew Thomson: Well right from childhood, I was part of church choirs and local school competitions and had a keen ear for music. I hail from a South Indian family and music was a regular art form in our house; with my parents listening to varied genres of music. I travelled globally during my college days – doing religious shows and concerts – whilst I was pursuing my studies as a science graduate. However, things went off course when I started my corporate career. My interpersonal skills and self-confidence landed me a job in a software firm as an H.R. Executive where I started hiring employees. From there on, I branched out working into Audits for a telecom company. But amidst all of this, I was still doing my music shows.

One day I was called by Clinton Cerejo via my choir conductor Celeste Cordoe, to sing for the IPL AWARDS 2010 for Maestro A.R.RAHMAN and that led to the start of my professional journey in music and Bollywood. Post sharing stage with my Idol A.R.Rahman, I eventually took the decision to switch to music full-time and thereafter worked for numerous composers, namely Vishal Bhardwaj, Salim Sulaiman, Pritam, Amit Trivedi, Shankar Ehsaan Loy, Hitesh Sonik and almost everyone. During those days, I was juggling recordings sessions, dubbing for films and ad jingles. I then started touring with singer Mohit Chauhan and also did vocal arrangements for numerous Bollywood & Hollywood film besides my single projects. This helped me grab an opportunity to work for MTV Coke studio and MTV unplugged as a vocal arranger and additional vocalist, and the rest is history – still in the making.

Andrew Thomson: I have learned and constantly keep learning from everyone I work with, and each of them played a huge part in my ongoing music journey. My mentor in my beginning days has been Clinton Cerejo and I’ve always loved his work. Pritam, Amit Trivedi, Shankar Ehsaan Loy, Hitesh and A.R. sir are few of the composers I’ve worked more often than others and hence they hold a special place in my life.

What genres are your personal favorites; the ones that you like to listen, sing or render. 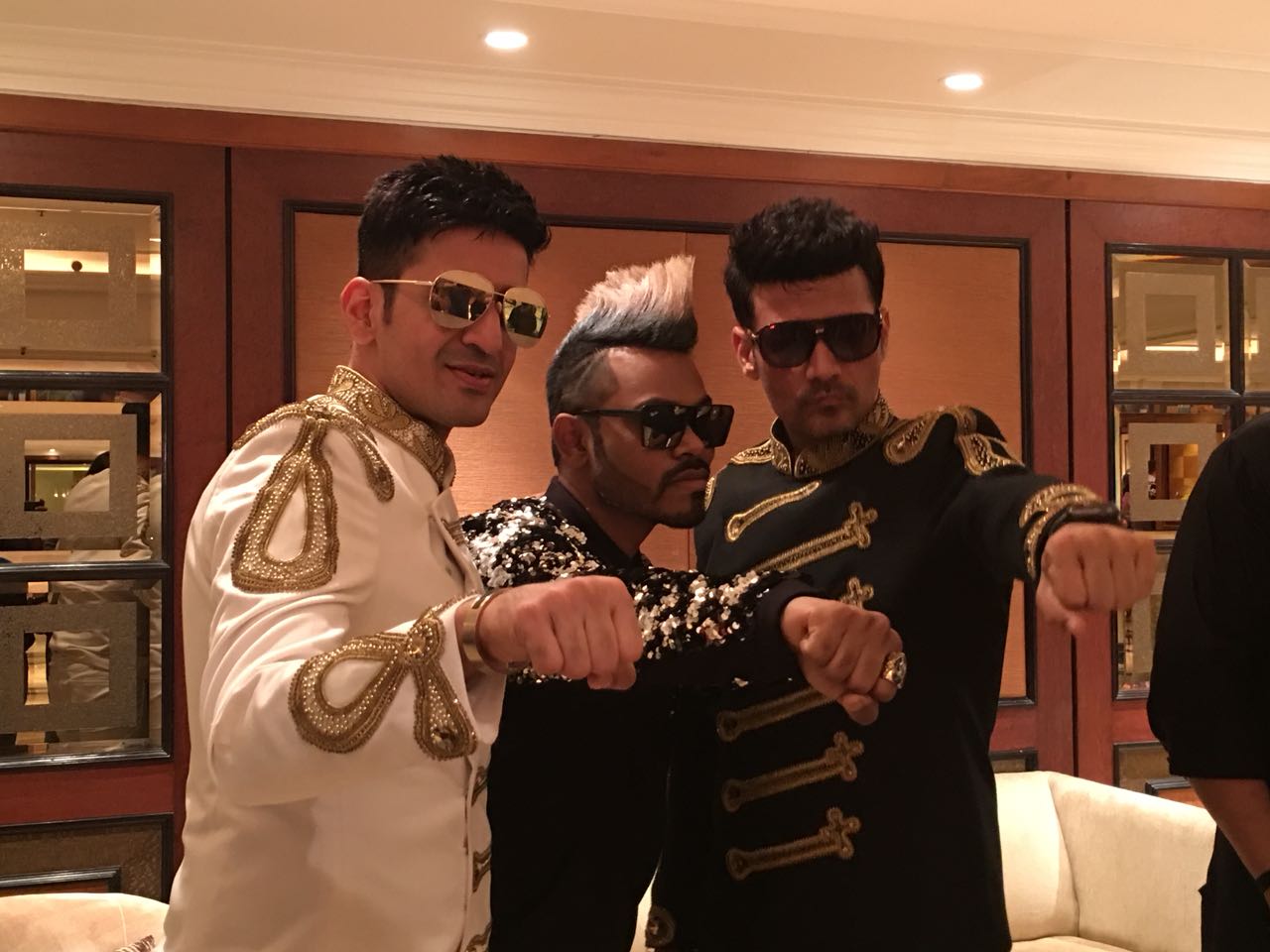 You have some fabulous international music projects to your credit like the Oscar-nominated movie 127 hours – on which you lent additional vocals for the title track by A.R. Rahman. Tell us about that, please.

Andrew Thomson: It’s all due to my mentors who believed in me; be it Ranjit Barot sir, Clinton Cerejo, Suzanne Dmello – who has nurtured me whilst I was working on projects with A.R.Rahman sir. The maestro himself has so much positivity, humbleness, passion and sheer dedication which is radiated in his work.

From working in wee hours of the night to super long studio sessions, everything was fun. I remember how I used to be called at any hour of the day to ask if I am free for a session with A.R. sir, and I would always readily agree to it. Neither I knew, nor did I have the curiosity to ask about the project we were singing for. I was simply overwhelmed to sing for Rahman sir. When it was time to send in our invoices for the projects is when we got to know that it’s for a super heavy album with Mick Jagger. I feel it’s best that way because for Rahman sir, Bollywood or Hollywood doesn’t matter. All he wants is every member of the team to give their 500% to it, and that’s my biggest learning till date. Give your best in every project, because it all adds up to your talent as well as experience. Every project is a feature in your hat.

We just talked about your international projects, but would like to know more about your plans on going gigantically global.

Andrew Thomson: Work is on in that space as I have shot a few of my original singles recently in NYC and London. They are under post-production and due to release sometime soon. Besides this, I have just released my single ‘We’re no stranger’ – which is women oriented and was launched on Women’s day this year. My current global project airing in 200 countries is Amazon Prime Video’s music show ‘The Remix’, on which we make some brilliant Bollywood remix music along with my intention producer partner NSG.  I’ve delivered some unique performances of my career on this show with heavy choreography and synched graphics. Everything that you would only see in a Justin Beiber, MJ or Beyonce’s concert can now be witnessed in an Indian music format. It’s such an honour to be in the top 3 finalists of India’s first OTT platform music reality show.

Currently, my team is working on my upcoming single releases and live shows and while I continue to tour with global Indian artists Sunidhi Chauhan and Meet Bros as a singer. I will also be launching my debut Hindi single this year, for which work is in full swing.

Related Topics:Andrew Thomson
Up Next

Devotional singing is not everyones cup of tea: Sona Jadhav