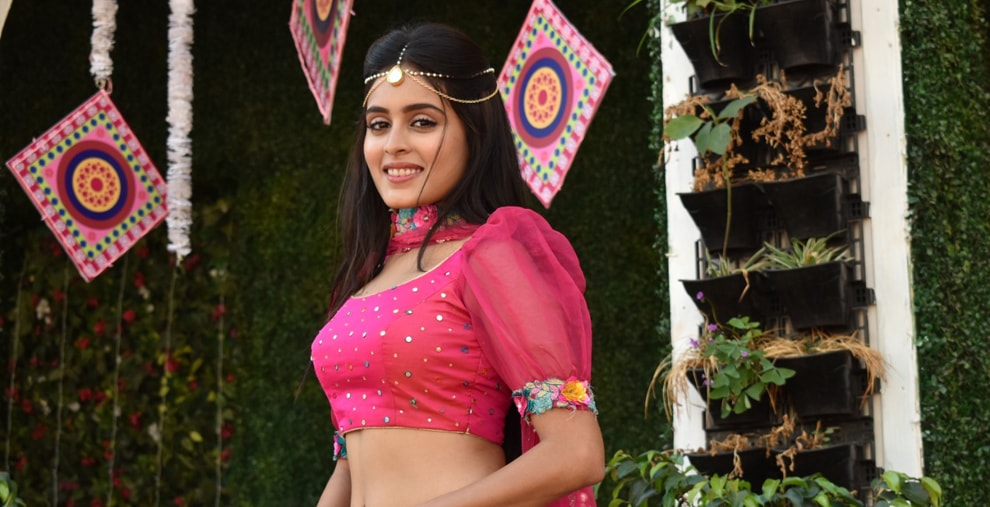 After spending five years in the Television industry and appearing in a Bollywood film ‘M.S Dhoni: The Untold Story’, Rhea Sharma has made quite a mark for herself in such a less time. The actor talks about her journey in the industry, her characters, working in Bollywood and a lot more:

Though you started working in the industry since 2014, you have worked in quite a lot of projects. How has the journey been so far?

Rhea: Honestly speaking, I didn’t realise how these 5 years passed since I stepped into this industry, time just flew away. I have done quite a lot of projects, and with each one of them I got to learn new things and I feel that I have also evolved as an actor. I would say that I am very lucky as I got the correct projects and I got to do a movie also. So I hope that I keep on improving myself as it would help in my career.

Which is the most relatable character to you among the ones you have played? Why?

Rhea: I have played a lot of characters, but I relate the most with Kanak from ‘Tu Sooraj Main Saanjh, Piyaj’ and Mishti from ‘Yeh Rishte Hain Pyaar Ke’. I am a mixture of these two – notorious like Kanak sometimes I am like a part of Mishti also.

You have even worked in a Bollywood film, how was it to work on a big banner film and coming back to TV again. Did the avenues expand for you?

Rhea: After working in the film, I did not think I would do TV again. In fact, I was looking forward to bigger and better projects like ‘MS Dhoni’, and I did get offers but they were small and uninteresting roles, so I did not take up those and took up a TV show.

You are currently working in ‘Yeh Rishtey Hain Pyaar Ke’, what if a Bollywood opportunity comes your way?

Rhea: I haven’t thought about it, but if I really like the project and the role then I would try to convince my producers.

What kind of struggles does a TV actor face?

Rhea: The line has become very thin, whether it is a TV actor or a film actor, as there are so many actors who are going in Bollywood who have potential. And also, the only struggle is to keep doing your work in the best ways as today everyone is appreciated by the kind of work they do and not by the kind of shows.

Related Topics:Rhea Sharma
Up Next

Meenakshi is the modern version of Kokila: Rupal Patel on her character in ‘Yeh Rishtey Hain Pyaar Ke’