To my opinion: Ziya Us Salam’s take on India and the issues that segregate it from its strengths! 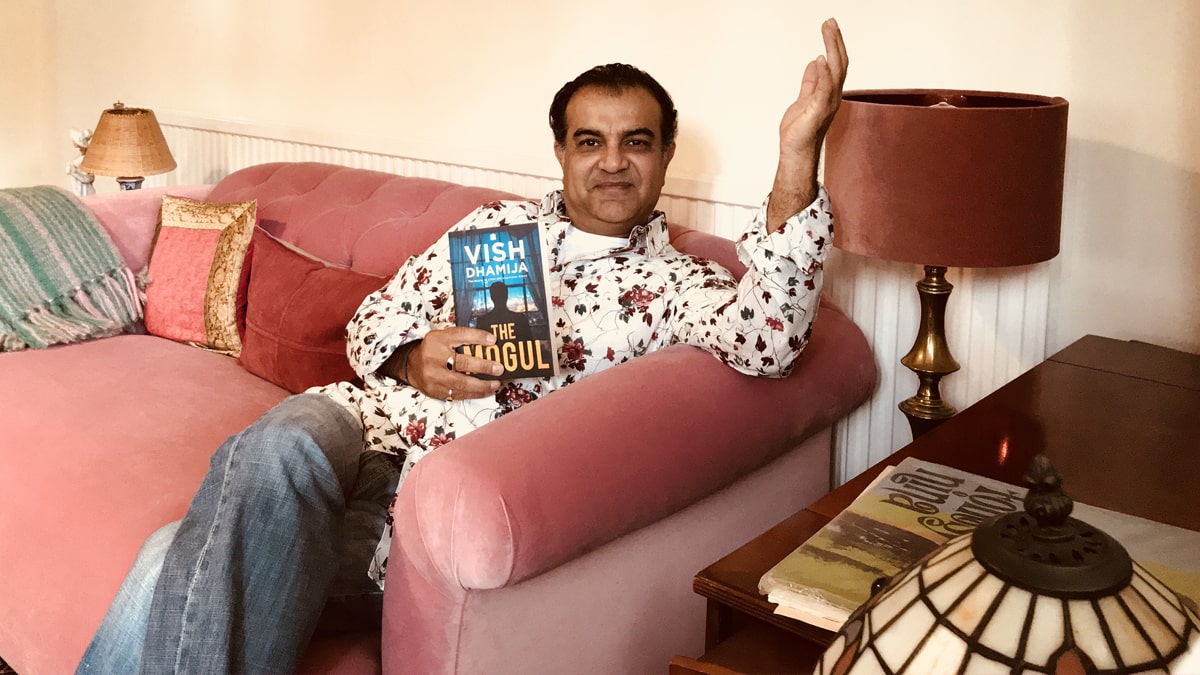 We live in the world where many classic novels are being made into films or web shows. One such series of book, which is all set for its screen adaption is ‘Rita Ferreira’ – ‘Bhendi Bazaar’, ‘Doosra’, and ‘Lipstick’. The writer of the series, who is working on the fourth book, shares his inspiration, attachment with the character and how excited he is for the books turning into a web series.

What was the inspiration behind writing ‘Rita Ferreira’?

Vish Dhamija: I wanted a protagonist that was fearless, but not superhuman – someone who was flawed but fabulous, strong yet not unemotional or detached. I gave it a lot of thought before I decided on a female lead, and that’s when I decided to sketch the character of DCP Rita Ferreira. In my mind, if it hadn’t been for the central character of Rita, the books might not have been as successful as it is.

How did you come up with the idea of making it a series of 3 books? Was it pre-planned or did it just happen?

Vish Dhamija: It took me a year to write ‘Bhendi Bazaar’, which was the first in the ‘Rita Ferreira’ series. When I finished writing, I felt sad; it was like parting with a friend. It was in that moment that it occurred to me: I didn’t have to let her go. I could write another one with the character I had come to love and admire so much. The second (‘Doosra’) and the third book (‘Lipstick’) followed. I still haven’t parted company with Rita, and I’m currently plotting the fourth one.

Your books have been acquired for the adaption in a web series, how do you feel?

Vish Dhamija: I feel on the top of the world. As Vikram Malhotra, CEO of Abundantia said: “From the first time that we read Vish’s books, we knew that we had to bring Rita Ferreira to life…” Honestly, to be liked by a group who appreciates the books and recognises the potential of Rita’s character is quite ecstatic. I can’t wait to see ‘Rita Ferreira’ on screen.

We live in a world where books get unnoticed, but people watch all the web series or films adapted from them. Comment.

Vish Dhamija: Well, the fact is that readership around the world has gone down in the digital world we live in today, which is harsh but that’s the reality. With so many hours a day spent on gadgets and social media, time is a constraint for most people, and adaptation condenses a 300-400-page book into 3-4 hours of watching—and people can download it on their devices and watch whenever they want. And let’s admit it, visual media has always been more attractive than paper.

Is there any specific detail or information you gave to the producer/ director, so that the essence of the book is not lost when it is seen on the screen?

Vish Dhamija: I’m very confident that the producers (Abundantia Entertainment) know what they need to do to make the books and Rita come to life—they have the expertise, the resources, the experience… and in any event, I’m always available should they need me for anything.

You recently launched the book ‘The Heist Artist’. How is the response to that?

Vish Dhamija: It was my first crime caper and I’m quite happy that readers and critics alike have liked it. The response has been good, the reviews are encouraging and sales are impressive too.

Related Topics:Vish Dhamija
Up Next