Virali Modi: It feels powerful when you become the voice of so many people 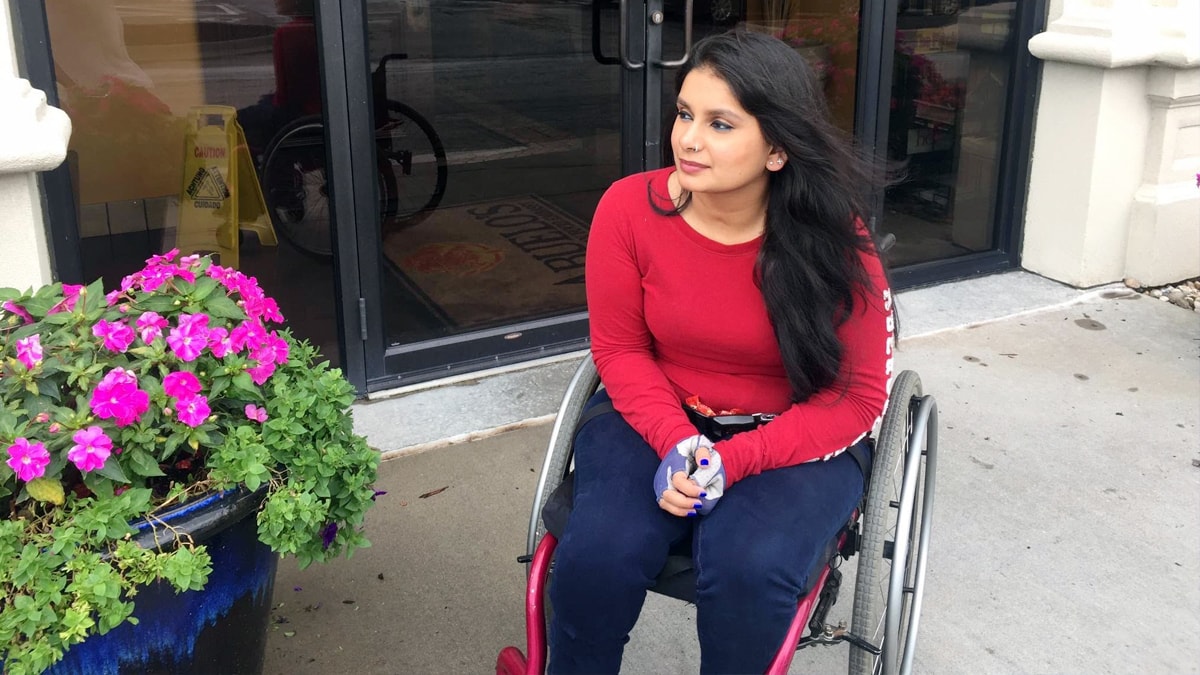 Virali Modi is the woman who despite all odds didn’t give up on her life and embraced herself the way she is! The woman who is recognised under as BBC Top 100 most influential and inspirational women 2017, opens about herself and how she fought the hardest battles of her life even when people around her had lost all hope.

Read this interview to know this warrior’s story!

27 years of life and you have seen so much of it already, what do you think was the point when you decided to take charge of your life, despite all the hardships?

Virali Modi: When I was 17, I was laying in a hospital bed with a drainage tube down my nose. The doctors were pumping my stomach because I overdosed on crocin. I tried taking my life because I felt worthless. Seeing the bile and medicine come out of my stomach was an eye opener. I realized I couldn’t live my life like this. I was given a second chance at life and I needed to grasp it and embrace it. On top of that, seeing my mother cry and feel helpless was the most agonizing pain I’ve ever felt. I decided to change my thinking, of course with the help of psychologists and my parents, but at that point of time, I decided to take charge so I could become the person I was meant to be.

Describe your journey in one word.

You were named in the most influential and inspirational women of 2017 by BBC 100 Women. What was the feeling?

Virali Modi: It felt surreal at first. I thought someone was playing a prank on me, but then reality set in and I was astonished. Being recognized by BBC 100 Women was surreal and enlightening. I honestly couldn’t believe it!

How does it feel to be a voice of so many people?

Virali Modi: It’s a powerful feeling. It’s honestly something that I cannot describe, it’s just amazing to know that I have the power to impact so many people just by my words, and I would always want to use my voice to do good and to contribute to society in a positive way.

You have even shared the deepest secrets of your life with people – getting into a coma, battling physical disability and even being molested thrice. Does all of this come back to you in any form of judgment by society? How do you deal with such judgment?

What is your take on the current scenario of issues like ‘women empowerment’, ‘women safety’ in India? What piece of advice would you want to share as a woman with the government?

Virali Modi: I am a feminist, but not a male bashing feminist. I believe in equal opportunities for all genders irrespective of your caste, sexual orientation, and sexual preference. I believe India needs to be safe for all genders and everyone should be empowered. Women empowerment is incredibly important because some of our population still believes in misogyny. We need to empower the women living in rural areas so they understand that they are equal to men, and it’s the same for men. They need to understand that women are equal to them.

My advice to the government would be – Teach men to respect, encourage, and motivate women to fulfill their dreams and passion. Make them understand that women ARE equal to them. Likewise, teach women to raise their voice, teach them that they ARE equal, teach them to say ‘no’ when they are uncomfortable. Education is key, in my opinion.

Tell us something about the upcoming rap single you are working on?

Virali Modi: I can’t reveal much right now, but the single that’ll be out soon is in collaboration with Mr. Bolly. We created a song that’ll resonate with everyone, no matter your age, caste, gender, and/or sexual orientation. Everyone can relate to the song and it has a deep meaning. I’m sure the public will love it!

Related Topics:Virali Modi
Up Next

Will come up with DIY videos by next year: Sajal Bhartiya