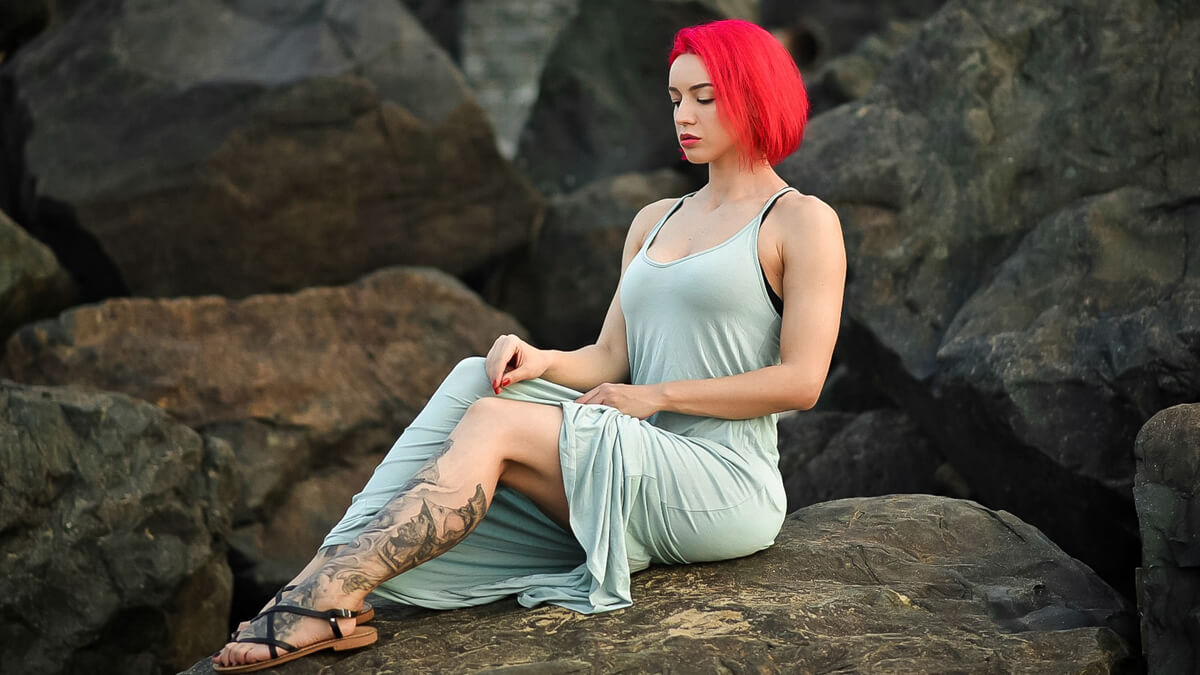 The Proust questionnaire is a segment that gives an insight into the celebrity’s life. Owing to the rejoinders to certain questions by the French writer Marcel Proust, which unveiled facts and characters of his personality, the term “Proust” gained wide popularity. Concentrating the attention from masses, it gradually became the locution to describe celebrity confession. Read Olly Esse’s answers for The Proust Questionnaire.

What is your greatest extravagance?

Olly Esse: Being alive. My mom and I had literally everyone against us. She got pregnant at 17. My own grandmother tried to get me aborted, and my biological father and his family turned their backs on me just because I was a girl. When I was a child, it was hard to understand that nobody loves me and literally everyone wants me to die. We had it raw with mom for years, we had a long road to have even shelter, or food. We lived for months at her work, because in the end my “loving” grandmother decided that there’s no place for us in her house.

But hey, despite having all of that, I have survived and now I am living a good life, doing what I love and having a great time. I think that I’ve been given a big chance to shine. I took it, now I’m here.

What is your idea of happiness?

Olly Esse: Happiness is like air – you can’t live without it, and also comes in many colours, but we get only small chunks of our lives to be really fully happy. I haven’t had it much, but those moments, small ones, I cherish till today. I’ve been blessed to have a chance to share and give happiness to others, be it with my music or with my fitness tips. And yes, if I can get a single smile on the face of people – that’s my moment of happiness.

Which words or phrases do you use the most?

I’m weird, I know, but that’s the thing that keeps me going. A part of obviously having my faces that speak even when I am quite…

What do you most value in your friends?

Olly Esse: Honesty and integrity. I just don’t like people who sugar coat, if it’s bad, it’s bad, and that’s it. I don’t like to talk too much when the situation is clear. and I didn’t have too much luck in having friends either, so I kind of took a step back after the situation of one of my “friends” blackmailing me for money… I think I just had been hurt too many times, so I have trust issues.

What makes you laugh?

Olly Esse: A good comedy, doesn’t matter if it’s stand up or movie. And also, travelling I see a lot of goofiness around, so it’s just funny. Whenever I am feeling low, I also like to see some memes that actually make me feel better as well.

Which living person do you most despise?

Olly Esse: No one. I leave everything to karma. After so many times I’ve been hurt or cheated on, I just live and leave all the negative things and people behind because I know that my time is precious so I can’t give it just like that to people who do not value it.

What is something that you want to do but you are scared of?

Olly Esse: Anything involving wildlife, be it hiking in the forest or meeting with the wild animals. I think it’s super dangerous and I am terrified where some people are just curious or fascinated. Maybe I’m just too conscious, but in the end I am just afraid to cross the line and then get into some trouble.

What is the quality you most like in a woman and man?

Olly Esse: Positive thinking and attitude, and being humble.

And yes, I appreciate when people are just nice enough to care about my name, not provenience.

I really think that people who are judgmental have to update their brain app.

What is the definition of love according to you?

Olly Esse: It’s a feeling that should be built in years, it has many faces and it comes with a big responsibility, so you can’t say that it’s easy to define. I think that whenever you are ok to cherish your time and give your attention to one person that is love.

What is something that recently moved you?

Olly Esse: On my birthday, I went to this charity center that helps kids with cancer, and we just sat there, giving some cake and fruits to them… made me think how blessed we all are to be all capable to live our lifestyle and be healthy. And after the cake, kids just gave me the small roses made of paper, which I cherish till now… It made me cry… How these small cute little children can just think about giving something that beautiful and precious when they are not having more than hope for getting better.

Sarthak is Journalism & Mass Communication student. Sarthak's passion towards photography has done wonders for him in entertainment industry. He is professional fashion photographer as well as content contributor at QNAindia.com.

Twisted 3 is a new type of film for me: Priya Banerjee