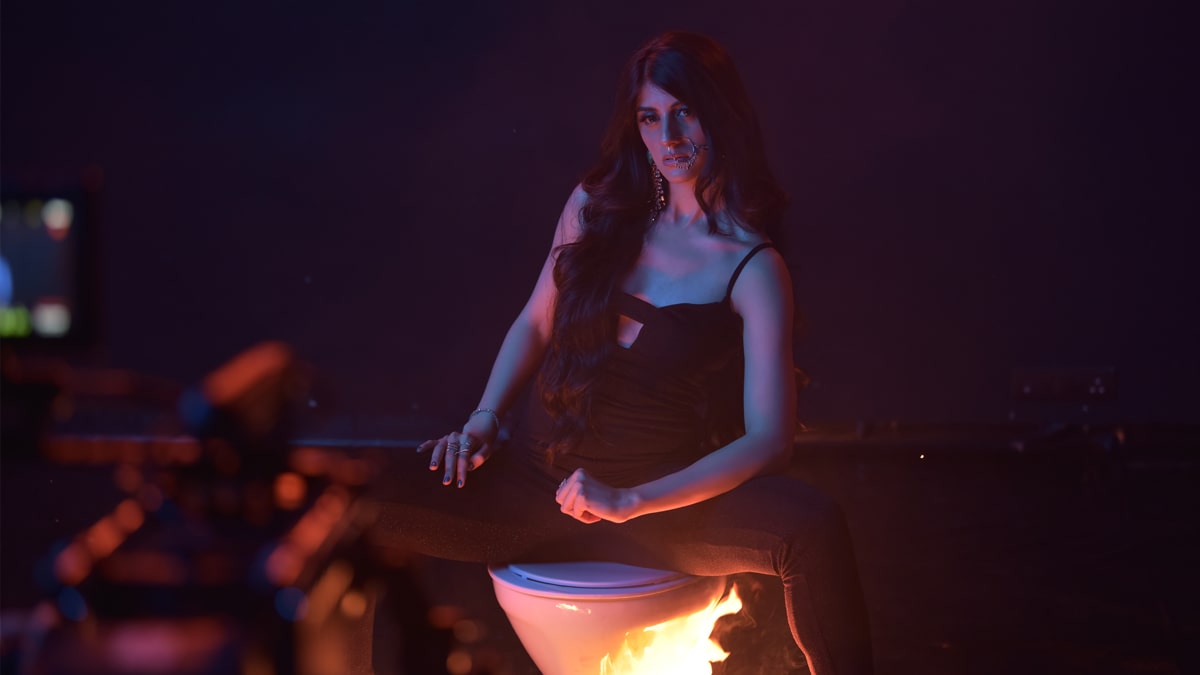 Sabrina Sapal, a young sensational classically trained singer was involved in music from a very early age. The singer, who can play different instruments like Tuba, Carinet, and Dhol, recently made her place in everyone’s heart and playlist with Punjabi Sufi love song ’Shauq Marran Da’ under the banner of Times Music.

Sabrina shares what the song is about, her experience of working with Vipin Patwa, and how it feels after having her solo released for the first time.

Tell us something about your song ’Shauq Marran Da’?

Sabrina Sapal: It’s a poetic dark-themed Sufi song, with symbolism representing the society and the struggles of life in love. In the song, there are references to God also. It has a blend of live instruments and electronic music in the production.

How was your experience working with Vipin Patwa on the songs which has lyrics by Munir Niazi, Shirin Anandita?

Sabrina Sapal: Working with Vipin Patwa was quite a pleasure since he is so talented. The lyrics by Shirin Anandita and late Munir Niazi were already done before I got on board.

How do you bridge the gap between both the cultures – India and Western?

Sabrina Sapal: I’m blessed to be exposed to Indian music since it is an area in music that is so intricate. And, since I was born and raised in western culture, it only made sense to blend the two together, so that it displayed my own personality as well.

Finally your solo has released. How are you feeling?

Sabrina Sapal: I feel liberated and I feel that the song is personal to me and my own life experiences. It is a very special song to be my solo. It is a dark-themed song and I’ve always wanted to do a project like this in my lifetime. I really love this genre of Sufi plus electronic music.

What are your expectations? What’s next?

Sabrina Sapal: I don’t have any specific expectations per se, but I do want people to continue to watch and listen to the song/video. I am just glad it has turned out so well with the team I have worked with both for the video and song. My next song is a Punjabi song with Middle Eastern elements. I am excited about that one.

Related Topics:Sabrina Sapal
Up Next

Singer Shilpa Surroch: Climbing up the ladder of melody has not always been easy